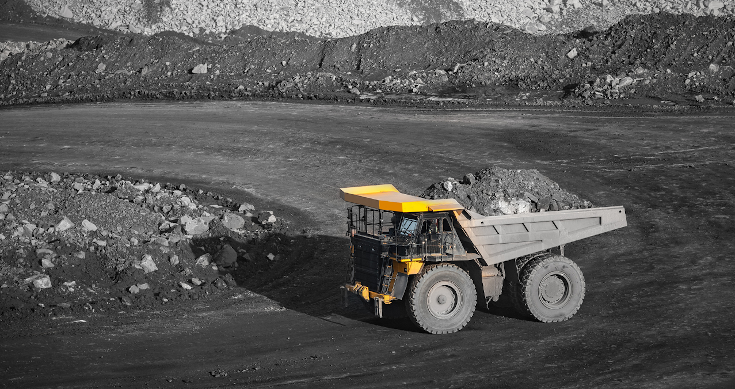 After a difficult period late in 2020 that resulted in a worse-than-expected half-year loss, junior thermal coal producer TerraCom has returned to profitability at the EBITDA (earnings before interest, tax, depreciation and amortisation) level so far in 2021, and has positioned itself to reap the benefit of improved coal prices.

The company has mounted an impressive comeback in the first half of FY21, says research firm Corporate Connect, with management “turning headwinds into tailwinds.” Executive Chairman Craig Ransley has been instrumental in navigating the company through unheralded market conditions.

TerraCom – which mines thermal coal at Blair Athol in Queensland, as well as four operations in South Africa (Kangala, the New Clydesdale Colliery, the North Block Complex and Ubuntu, and is developing a bauxite project in the West African nation of Guinea – was hit by a perfect storm of issues last year at its South African operations, which came with the acquisition of ASX-listed South African thermal coal producer, Universal Coal, in June 2020.

All of these issues were compounded by the severe COVID-19 conditions, which prevented much closer management control of operations. Management and board changes in its subsidiary Universal Coal and Energy Holdings meant TerraCom “lost control” of its South African operations, with these operations deconsolidated at the end of October.

Coal prices also went against the company, with internationally traded thermal coal prices in US dollar terms retreating to lows not seen since 2015. Prices for TerraCom’s main export coal grade out of Australia fell about 10% from the equivalent period in 2019, while its smaller-volume lower-energy coal prices fell about 5%.

These headwinds pushed TER to a group EBITDA loss of $27.5 million in the December half-year (compared to a profit of $27.8 million in the first half of FY20) and an equity NPAT loss of $23.3 million, much larger than the $11.6 million loss that Corporate Connect expected.

But solid improvements in virtually all areas since the calendar year began have the firm much more optimistic on TerraCom.

Corporate Connect has lowered its share price target from 26 cents to 24 cents – but that is still almost double TER’s current share price of 12.5 cents.

Firstly, says the firm, TerraCom was quick to make leadership changes in South Africa: the new management team is paying much closer attention to operations, and taking “proactive steps for enhancing margins.” Management has invested in coal processing facilities and logistics, and begun to take more control of marketing, aiming to increase the proportion of coal from New Clydesdale and North Block into higher-priced export markets; the company achieved its first managed export shipment during March.

Second, the resumption of near-normal coal supply to Eskom is driving the return to profitability. As of April 2021, Eskom was essentially back to its contracted offtake from TER’s mines.

Third, export coal pricing has improved, partially offset for TerraCom by the firming of both the Australian dollar and the South African rand against the greenback.

Fourth, TerraCom has been able to shave $15 off its operating costs, to A$60 a tonne, since it assumed owner/operator status at Blair Athol early in the financial year, and the productivity/cost savings should flow into higher income, on improved coal prices.

All eyes moving forward is on Terracom’s re-finance of a US$153 million loan that is due on 30 June 2021. However Corporate Connect sees earnings upside on current coal price momentum – and says that each sustained 1% lift in coal prices would raise its share price valuation for TER by 6%.