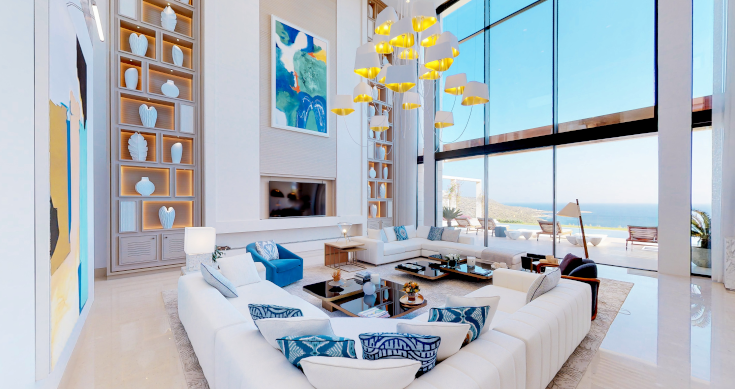 The surge in house prices slowed a touch in April as some of the less excitable forecasters had tipped they would, but prices still enjoyed a nice national rise.

The monthly house price survey and the usual start of month survey of Australian manufacturing were again very strong – the latter at record levels.

Both reports will not change thinking at today’s Reserve Bank monetary policy meeting, but will confirm that the economy remains in a solid rebound from the recession in 2020.

CoreLogic said in its usual first of the month report that house prices increased 1.8% nationally last month with every capital city and region recording growth.

The growth in both Sydney and Melbourne hose prices slowed in April from March’s hectic growth.

The slowdown in housing value appreciation is unsurprising given the rapid rate of growth seen over the past six months, especially in the context of subdued wages growth,” Mr Lawless said in commentary with the price data.

“With housing prices rising faster than incomes, it’s likely price sensitive sectors of the market, such as first home buyers and lower income households, are finding it harder to save for a deposit and transactional costs.”

In a note in the wake of the data’s release, AMP Chief Economist, Shane Oliver said the modest slowdown wasn’t a surprise.

‘The slowdown in price growth compared to March was inevitable given that the 2.8% average gain that month was the strongest since October 1988 and was always going to be hard to beat.

“Moreover, the moderation is also consistent with some pick up in new listings which has seen auction clearances slow a bit from March, some easing in the impact of government incentives and perhaps some of the initial boost from four-year fixed mortgage rates below 2% having run its course,’ Dr Oliver wrote.

But he emphasised that the average home gains of 1.8% a month was “still very strong, housing finance commitments remain around record highs suggesting more demand to come and auction clearance rates in Sydney and Melbourne remain very high and at levels consistent with strong home price growth.”

“While first home buyers led the initial recovery, spurred on by various incentives, housing finance data suggests that first home buyer demand may now have peaked but that investors are now jumping in to take over from first home buyers and that demand from owner occupiers generally remains very strong,“ Dr Oliver said.

Meanwhile the survey of Australian manufacturing activity last month showed a record reading with the strongest ace of expansion yet measured.

In fact Australia’s manufacturers saw the sector’s growth accelerate to the highest level since the survey began in May 2016 during April as it hit a reading of 59.7, up from 56.8 in March and even more firmly in an expansion phase.

“Recovery from the pandemic as COVID-19 restrictions eased helped to boost business confidence and support demand, although supply constraints continued to feature strongly, contributing to a record rise in input costs,“ Markit said in commentary.

“Output and new orders increased strongly in April. New order growth was at a fresh survey high, with output rising at a pace only just shy of the record seen in December 2016. Recovery from COVID-19 lockdowns and government support reportedly supported the growth in demand, while renewed orders from existing customers had also helped to boost workloads.

“Suppliers’ delivery times continued to lengthen at a severe rate in April, although the instances of delays moderated slightly and were the least pronounced since July last year. Supply chain constraints coupled with the increase in demand led to the sharpest rise in backlogs of work since December 2017,” Markit added.