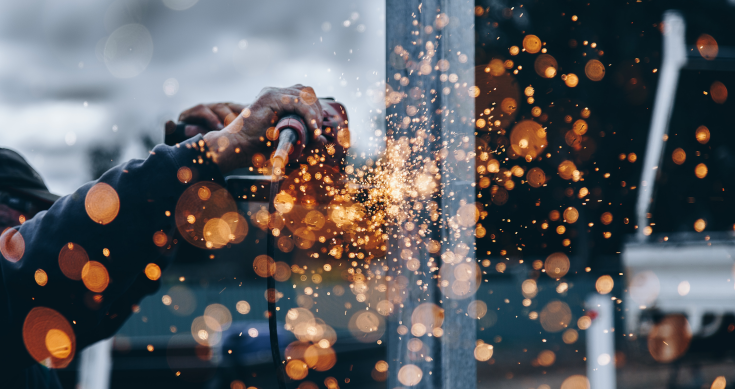 Amid rising government pressure to curb output and pollution, China’s crude steel output surged in March and the first three months of the year from the Covid-hit first quarter of 2020 as the country’s steel mills trimmed their purchases of Australian iron ore in favour of the higher quality 65% Fe fines product from Brazil.

China’s crude steel output jumped 19% to a near record 94.02 million tonnes in March from the Covid-depressed March of 2020.

March’s figure also means that the previous figure for January and February of 174.99 million tonnes was lifted to 177.02 million tonnes, underlining the strength of demand for steel across the Chinese economy.

March’s figure was the highest since August last year and compared with 78.98 million tonnes in March 2020.

Analysts thought pointed out that March saw little impact from the pollution crackdown, especially in the major steel producing city of Tangshan.

Steelmakers in the steel hub Tangshan, which accounts for 13.5% of China’s total output, have been asked to cut their production by 30-50% throughout this year in an effort to reduce emissions (it is close to Beijing and is a source of much of the smog material in the Chinese capital).

Those cuts start showing up this month but will really be noticed in the last two quarters of 2021 (when compared to the final six months of 2020).

For the quarter, Australian shipments to China through Port Hedland fell by 3.2 million tonnes, or around 3% to 104.43 million tonnes from the record 107.67 million tonnes shipped in the first three months of 2020.

Companies such as BHP, Fortescue, Roy Hill and Mineral resources all ship iron ore out of Port Hedland with the product being fines around 62% Fe or less.

That’s why the premium for 65% Fe fines is widening from the 62% Fe fines produced by the likes of BHP and Rio Tinto.

The premium with 58% Fe fines – produced by Fortescue, though it will start shipping more 61% Fe fines later this year. Roy Hill, the Gina Rinehart ships a 55% Fe fines product and is paid a proportion of the 58% index price.

The premium between 65% Fe fines and the 58% Fe product from WA (Fortescue) widened from just over $US48 a tonne to more than $US57 a tonne.