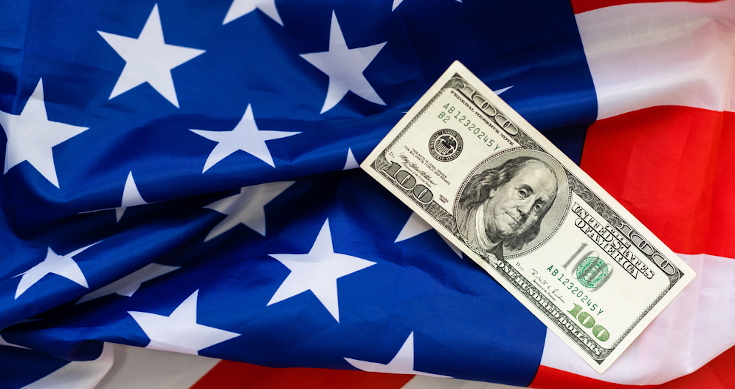 Despite solid gains on Wall Street and analyst enthusiasm for the March quarter results from four of America’s six major banks, the quality was variable.

Citigroup provided the big news – not only using reserves to bolster what was really an average result, but revealing a move to quit consumer banking in 13 countries, including Australia.

Citi’s net profit tripled to $US7.94 billion from $US2.54 billion a year earlier.

That result was tarted up by the decision to draw down $US3.85 billion in reserves it had built up for expected loan losses from the pandemic. A year earlier it had boosted its loan loss provisions by $US4.88 billion.

The big news was the decision to get out of consumer banking in 13 countries concentrating on Asia and emerging markets, a decision being driven by newish CEO Jane Fraser who wants to boost returns and cut costs by simplifying its convoluted structure.

As part of the move, Citi will divest those businesses in countries like Australia, China and India – Australia is in Asia obviously.

“While the other 13 markets have excellent businesses, we don’t have the scale we need to compete,” Ms Fraser said in a statement on Thursday.

Citigroup said its Institutional Clients Group (investment banking which will remain in Australia) will continue to offer services to clients and that it will continue to operate “wealth centres” in Singapore and Hong Kong, as well as London and the United Arab Emirates in the Middle East.

It gave no time frame for the exits and that will depend a lot on finding buyers – a hard ask given the current state of banking which is highly dependent on central bank support with low-cost cash.

According to data from APRA Citi had $3.6 billion of outstanding credit card assets in Australia at the end of last December and total loans to Australian businesses of $11.57 billion.

Finding a buyer in Australia will be especially difficult – the most logical look for be the NAB, ANZ or Westpac. The Commonwealth doesn’t really need these assets.

It is driving deeper into the buy now pay later business which is undermining credit cards.

Meanwhile Bank of America also saw a big rise in first-quarter profit to $US8.1 billion, on revenue of $US22.9 billion, thanks in part to a release of reserves out aside in 2020 to handle an expected avalanche of bad debts that didn’t happen.

It released $US2.7 billion in reserves for loan losses in the quarter. Last year, the bank set aside $US11.3 billion for credit losses in total ($US3.6 billion in the first quarter of 2020—so more releases will happen this year, like all the other banks), when the industry believed that a wave of defaults tied

Like rivals JPMorgan and Goldman Sachs BofA also saw a boost from its trading operations in the March quarter.

Fixed income trading revenue jumped 22% to $US3.3 billion. Equities revenue rose 10% to $US1.8 billion and its Wall Street investment did very well with a 62% jump in fees to $US2.2 billion, mostly due to a 218% surge in equity underwriting fees to $US900 million.

Bank of America separately announced a $US25 billion share buyback, which will be good news for the bank’s biggest shareholder, Warren Buffett’s Berkshire Hathaway which will use the buyback and its own buyback to boost the size of its stake in BofA (as Berkshire is doing with Apple’s continuing buyback).

Goldman rose the record levels of activity in global deal making and markets, JP Morgan just did well – even leaving aside its bringing back of billions of dollars in loan loss reserves from a year ago – and Wells cut bad loan provisions and got a grip on costs tied to its sales practices scandal from five years ago that continues to trouble the bank.

JPMorgan Chase saw earnings jump almost 400%, as it released $US5.2 billion in 2020 reserves to cover coronavirus-driven loan defaults. A year ago, it boosted its loan loss reserves by $US6.8 billion.

JPMorgan’s profit rose to $US14.3 billion, from $US2.9 billion in the March quarter of 2020. Excluding the reserve releases, which the industry does not count as “core” profit, the bank’s earnings were just over $US8 billion, still solid.

For Wells Fargo, earnings rebounded to nearly $US5 billion in the first quarter of 2021 as the rosier economic outlook saw it cut its losses on pandemic-hit loans by $US1.6 billion and cost cutting improved.

While first quarter profits were up dramatically on the $US653 million in the March quarter of 2020, that jump was flattered by a huge $US9.5 billion provision for bad loans a year ago.

Add that back and the latest figures were weaker than they seemed.

Real problems for America’s 4th biggest bank continue and justify Warren Buffett’s sell down on the stock that was once one of Berkshire Hathaway’s investment pillars (since replaced by Bank of America).

And finally, Goldman Sachs beat profit forecasts from analysts as it more than doubled revenues to $17.7 billion as all parts of the business did well.

The bank reported net earnings of $US6.84 billion for the quarter, double the $US3.62 billion in the first quarter of 2020.

Goldman’s investment banking was the star and was boosted by the surge of blank cheque companies called (SPAC), where private firms merge with listed shell companies. That unit produced $US3.8 billion in revenue, up 73% from the year-ago quarter.

Trading is Goldman’s largest business and saw revenue rise 47% to $US7.6 billion, with the biggest gains in equities trading which totalled $US3.9 billion.

But as the applause dies down for these results (with some reports simply over the top and making little provision for the impact of returning of 2020 loan loss reserves to make the bottom line look better) one analyst noted about the future for the sector and especially the big six:

“So the question becomes how do the bank stocks rise more from here. That’s not clear. They have had a nice ride. I think there will be other places to make money more easily in the future,” Reuters reported.