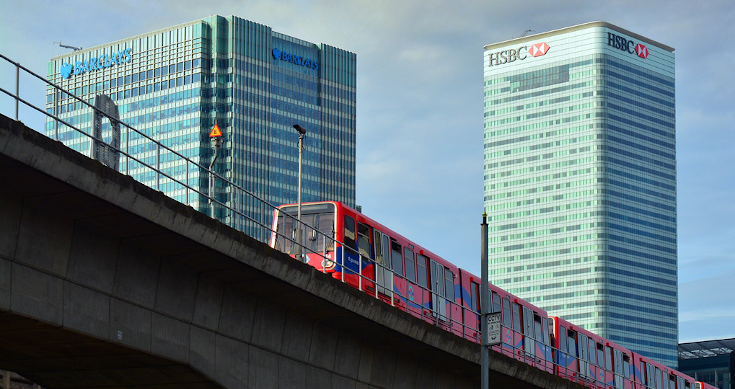 Global banking giant, HSBC Holdings has abandoned its long-term profitability target, and revealed a new strategy focused mainly on wealth management in Asia after the COVID-19 shock saw its a slump in 2020 profits.

At the same time the bank resumed paying dividends but even then its payout was modest and not the huge amount some investors had wanted.

The bank will pay a dividend of 15 US cents a share in cash, the first payout announced since October 2019.

Like other many other regulators, the Bank of England blocked all big lenders from paying dividends or buying back shares in 2020 to conserve capital.

Australian banks though were allowed by APRA to make modest payments to shareholders in 2020.

But that modest payment might be as good as it gets for a while.

HSBC said it would stop the previous practice of paying a quarterly dividend, and target a payout ratio of between 40% and 55% of reported earnings per ordinary share from 2022 onwards, well below the level in recent years.

That is a significant change as the bank also made clear it was abandoning its long-term profitability goal of achieving a return on tangible equity of 10 to 12%, and instead it will target 10% over the medium term.

That’s a recognition that the current low interest rate environment is going to be with us for longer than many investors and others think.

That’s even as the trillions of dollars in stimulus packages and support moves by governments and central banks have seen a huge global markets rally which in turn has boosted the prospects for the wealth management business.

The margin pressure and mounting losses in Europe have seen HSBC to redouble its focus on Asia which accounted for 146% of its profit in 2020, as executives look for fresh growth drivers.

That’s despite growing concern about the stability for – western banks and other companies – in Hong Kong as the mainland government squeezes democracy and freedoms out of the city’s lifeblood.

More job cuts are coming as well on top of the 11,000 already retrenched in 2020. It said it will make hefty cuts to some of its back office functions such as technology and operations. No numbers were given in the release to the London and Hong Kong stock markets.

Wealthy Asia is now the target, even in mainland China (meaning the bank will hew to Beijing’s line). HSBC said it would rebalance capital, investment and staff in its investment banking arm from Europe and North America to Asia as well as spend around $US6 billion in the next five years on its wealth management and international wholesale business – with the emphasis on Asia and China.