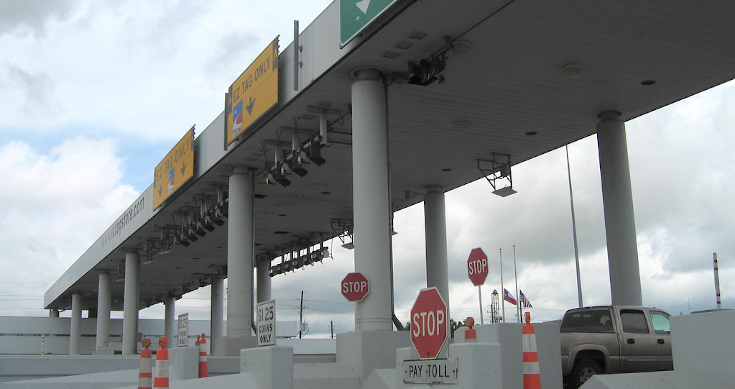 Transurban can blame Melbourne and COVID for what has turned out to be a weak set of numbers for the first six months of 2020-21.

The toll road giant revealed on Thursday that it had trimmed its interim dividend by one cent (to 15 cents) after revealing a poor set of half year results dominated by the impact of COVID and the continuing mess at a major contract in Melbourne,

Transurban revealed a $448 million half-year loss after the pandemic slashed traffic numbers (specially in Melbourne during the long lockdown), and revealed further delays to its troubled West Gate Tunnel project in Melbourne.

Total revenue fell 22% to $1.423 billion, caused mainly by a drop in toll revenue and construction revenue.

Government-mandated restrictions limited passenger movement on road networks with average daily traffic down 17.8% in the six months to December.

Transurban said that after a project review, it now won’t meet the 2023 completion target.

The company said earnings before interest tax depreciation and amortisation (EBITDA) dropped 21.5% from the first half of 2019-20 to $792 million.

While the COVID-reduced traffic flows drove the fall in revenue for the half, the group partially offset that with an extra $43 million received from the opening of new road assets and favourable changes in foreign exchange rates.

The group recorded a net loss of $414 million for the period compared to a $65 million profit for the December 2019 period.

In Thursday’s statement, CEO Scott Charlton said the impact of COVID-19 was most severe in Melbourne and in the Greater Washington Area in the US, where governments had imposed the harshest lockdown restrictions.

“Pleasingly, traffic in Melbourne improved significantly through the half, with traffic in December down 19 per cent compared to 66 per cent in August, when restrictions were at their peak,” he said.

“In markets where restrictions have lifted, for example Brisbane and Sydney, we have seen traffic largely recover to pre-COVID-19 levels, however it will remain sensitive to government responses and economic conditions,” he said.

Mr Charlton also said that project parties were continuing to work towards resolving the technical and commercial issues that have led to delays on the West Gate Tunnel Project in Melbourne.

“We are progressing towards tunnelling commencement, however at this stage disposal sites participating in the D&C subcontractor led tender process would not be ready to accept tunnelling spoil soon enough to enable a 2023 completion. We remain committed to working with project parties to deliver this much-needed project for the Victorian community as quickly as possible.”

But the question for investors will be if there are to be any penalties for missing the 2023 deadline, and if so how much, or will the company do a deal with the Victorian government to offset these penalties.

Transurban securities ended the session down 0.6% at $13.27. The company is seen as a vaccine play – that it’s performance will return when more people are vaccinated.

But that does ignore the continuing pressure to work at home or move out of city CBD office blocks for health and security reasons.

The mess at the West Gate Tunnel project will also have to be resolved and the costs clearly identified.