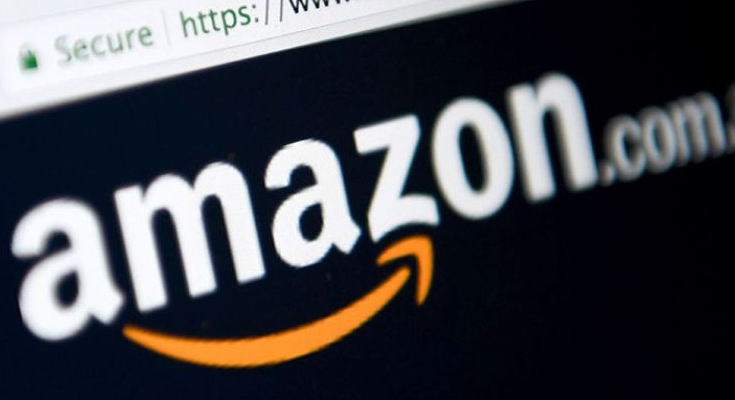 A solid report card from the megatechs driving the US stockmarket but the market reaction was mixed as investors considered the figures from Apple, Amazon, Alphabet (Google), Facebook, and Twitter.

All surprised on the upside with the exception of Twitter and its shares, after rising 8% in regular trading, slumped 14.8% and getting the thumbs down from weak growth in users (and what happens if Donald Trump loses the Presidency and his 87 million Twitter followers desert?)

Amazon shares fell 1.3% after hours (after a 1.5% rise in regular trading) after revealing a steep rise in COVID-19 related costs this quarter. But revenue and earnings smashed expectations – in fact the quarterly profit of $US6.3 billion was the highest in the company’s 26 years.

Alphabet bounced back from the weak June quarter to report big rises in ad sales, You Tube revenue, total revenue and a rise in earnings to $US11.2 billion, which were unchanged from a year earlier, but well up from June’s $US6.9 billion.

The lack of any profit growth in the year is a concern, especially when compared to Facebook’s gains.

But Alphabet and Facebook reported a surge in ad spending from companies large and small in the quarter, but all are worried about the impact after the elections as the pandemic takes hold again.

Facebook outperformed all expectations and ad boycotts in the September quarter to sell more ads and make more money. Facebook shares rose 4.9% in anticipation of the result but eased 0.1% after hours.

Apple did better than expected except for iPhone sales which fell because of a delay to the launch of the new series. Sales of macs and services rose and a new services bundle is being launched Friday.

Still Apple shares, after rising in the regular session by 3.3%, fell 7% after hours which means a shaky opening to the last Friday session (and end of the month) ahead of next Tuesday’s elections.

Apple’s 4th quarter (for it) revenue and profits topped Wall Street expectations, thanks to the continued boom in sales of Macs and accessories such as AirPods but iPhone sales fell (as forecast) as customers waited for new models.

Apple said revenue for the fiscal fourth quarter ended on September 26 was $US64.7 billion, compared with analyst estimates of $US63.7 billion.

Apple did not announce the iPhone 12 until October 13, several weeks later than usual because of delays caused by the pandemic. That meant no opening-weekend iPhone sales were included in the fourth-quarter results this year.

The iPhone 12 release saw sales fall in Greater China to $US7.95 billion from $US11.13 billion the year before. CEO Tim Cook said in an interview that all of Apple’s non-iPhone products grew in China and Apple expects sales to pick up there again.

Cook told Reuters that Apple has 585 million paying subscribers across its platforms, up from 550 million the previous quarter and closer to the goal of 600 million subscribers that the company set out for the end of calendar 2020.

Apple said revenue from its accessories segment was up 20.8% to $US7.9 billion. Mac and iPad sales rose to $US9.0 billion and $US6.8 billion.

The company also said it had returned nearly $US22 billion to shareholders in the quarter (mostly through a buyback and dividend) as it kept its target of reaching a new cash neutral position.

Facebook said ad revenue surged 22% in the third quarter, as it beat analyst expectations and shook off an ad boycott in July.

The company on Thursday reported net income of $US7.8 billion in the three months ended September 30, up 29% from the same period a year earlier.

Ad revenue rose to $US21.2 billion, from $US17.4 billion a year earlier. Total revenue hit $US21.5 billion, up 22%. The growth in ad revenue came despite an ad boycott campaign earlier in July.

Global user numbers totalled 2.47 billion in September, up from 2.49 billion a year earlier.

Amazon reported record profit for the second quarter in a row and forecast a jump in holiday sales, as consumers continued to flock to online shopping in the latest waves of the pandemic.

Amazon reported earnings of $US6.3 billion, almost triple the $US2.1 billion a year earlier and a record quarterly profit.

Amazon said it expects net sales of $US112 billion to $US121 billion for the fourth quarter which is the Thanksgiving/Christmas selling season.

That would mark the company’s first over $US100 billion and is ahead of market expectations of $US112.3 billion and just over $US87 billion in the final quarter of 2019.

Amazon surprised by revealing it faces around $US4 billion in additional costs this quarter linked to the pandemic. That will be up on the $US2.5 billion in the third quarter.

These extra imposts include employing thousands more workers and more COVID-19 testing. Amazon has hired more than 400,000 extra employees this year to handle the raising demand for services and products.

Some 19,000 Amazon employees have so far tested positive to COVID-19, the company says.

Google Parent Alphabet had a sour June quarter as revenue growth went backwards in some areas, but the September quarter told a very different story as revenue jumped 14% to $US46 billion from $US40.5 billion a year earlier.

Google’s ad business accounted for 80% of the quarterly revenue figure.
Wall Street had forecast revenue of $US42.8 billion.

Alphabet’s profit was $US11.2 billion, compared with the average estimate of $US7.698 billion (and $US6.9 billion in the June quarter).

But it was unchanged from the third quarter of 2019, indicating that the company’s profitability remains under pressure despite the surge in ad spending – especially at You Tube where revenue topped $US5 billion, up from $US3.8 billion a year ago.

Twitter had the weakest results for the quarter of the majors – The company’s total revenue grew 15% to $US936 million in the third quarter, with ad revenue growing 15% to $808 million.

But that was mitigated somewhat by the company’s report of new users: just 1 million and well short of the 20 million that it added in the June quarter (even though it was up nearly 30% over the year), and Twitter’s stock fell 15% in after-hours trading.

Twitter said its average ‘monetizable daily’ active usage was 187 million, an increase of 29% from a year earlier, which was “primarily driven by global conversation around current events and ongoing product improvements.” But the figure was 186 million in the second quarter.