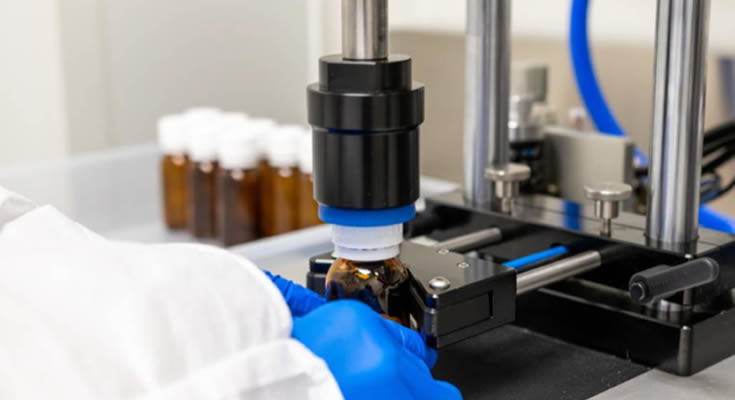 As players in the crowded ASX-listed medicinal cannabis sector are discovering, it’s one thing to be allowed to cultivate and to process the healing herb, but it’s another thing entirely to obtain the quality manufacturing seal of approval from discerning regulators, which is a requirement for selling cannabis medicines both locally in Australia and into major export markets.

However, WA-based Little Green Pharma (ASX:LGP) has achieved just that, with the Therapeutic Goods Authority (TGA) this month granting a Good Manufacturing Practice (GMP) licence for the company’s recently-commissioned manufacturing facility in the State’s south west.

To date, LGP has been using a GMP-licensed third party pharmaceutical manufacturer to produce its range of medicinal cannabis oils, which are being prescribed by authorised doctors for a range of ailments.

In effect, LGP now becomes one of the few Australian cannabis companies with full approvals from both the TGA and the Office of Drug Control.

The upgraded facility includes nine flowering rooms and the latest in lighting, irrigation and climate controls.

One key advantage is that the facility will be able to produce GMP-grade flower-based products, as well as oils. In deference to strict German requirements, the flowers will be grown inside the cultivation facility and then dried under strict GMP conditions.

Recently, the TGA has also signalled its intention to ‘down schedule’ low-dose cannabidiol (CBD) formulations, one of the active ingredients found in cannabis, from a Schedule 4 to Schedule 3 substance. If this decision is finalised, some Australian medicinal cannabis companies will likely seek registration of low-dose CBD products which, once registered, will be able to be sold behind the counter without a doctor’s prescription.

Ultimately, though, LGP’s vision is resolutely global rather than local – bearing in mind the company was the first ASX cannabis stock to produce and export locally-produced cannabis medicines.

The company initially is eyeing the European market – Germany in particular – and also has a watching brief on the immature UK medical cannabis sector, which bears similar regulatory hallmarks to Australia’s.

To highlight the company’s global thinking in a tangible way, Solomon relocated from Perth to Switzerland just before the coronavirus bans were imposed. LGP’s other staff were meant to have followed, but for the time being Solomon is maintaining a beachhead from her home near Zurich.

“I’ve been on my own, but it’s great to be in the right time zone,” she says. “European sales are a big part of our plan. It makes sense for me to be here.”

Solomon says the understated advantage of TGA approval of its facilities is knock-on assent from the European Union (EU) via a mutual recognition agreement.

“We are in a unique position to target the European market because there are few companies globally that have GMP certification,” she says. “By rights our standards are equal to the EU’s quality requirements, which is seen as the leading benchmark for quality medicines.”

Ultimately, LGP’s products need to have a point of differentiation from its competitors’ wares in a market that’s in danger of becoming oversupplied.

To achieve this, the Company is immersed in a patented innovation program called ARISE, to develop better delivery methods.

Carried out in alliance with Curtin University, ARISE is investigating delivery technologies including nasal sprays, transdermal patches, oro-mucosal sprays and tablets that migrate directly to the large intestine.

“Chronic pain sufferers need to get up in the middle of the night to take more cannabis oil,” Solomon says. “Imagine a slow-release medicine like a tablet or capsule over 24 hours.”

Just as patience is the keyword for any drug developer, LGP’s investors have needed to adopt a longer term view since the company’s $10 million ASX debut in February.

Little Green Pharma shares have remained stubbornly below the 45 cent a share listing price, with recent weakness resulting from the biggest holder, the Canadian cannabis investor Elixxer, reducing its stake.

But the recent news of the GMP approval pushed the stock up 4 cents, or 14 per cent.

In Little Green Pharma’s September quarterly report, the company reported it generated revenue of $1.29 million (unaudited) in the September quarter, with Australian bottle sales increasing 41% per cent from previous quarter to over 8,500 units for the quarter.

In addition, the Company is also enjoying other benefits of its completed facilities. With the WA facility nowfully commissioned and fully licensed, there is no significant further capital expenditure required.

“We have spent less than $25 million to get to where we are today, compared with others who have spent $100 million or even $350 million,” Solomon says.

“We have a comparatively lean operating model and have a strong cash position of $4.1 million at 30 September 2020.”

As for the sagging shares, Solomon believes Elixxer’s selling has been driven by its internal reasons and does not reflect any adverse developments, with Solomon noting that in fact they have been buying back into the Company more recently”.

“We believe and we hope that this share weakness is short term,” she says, adding that as a 14 per cent shareholder personally she is “super motivated” to make sure that’s indeed the case.