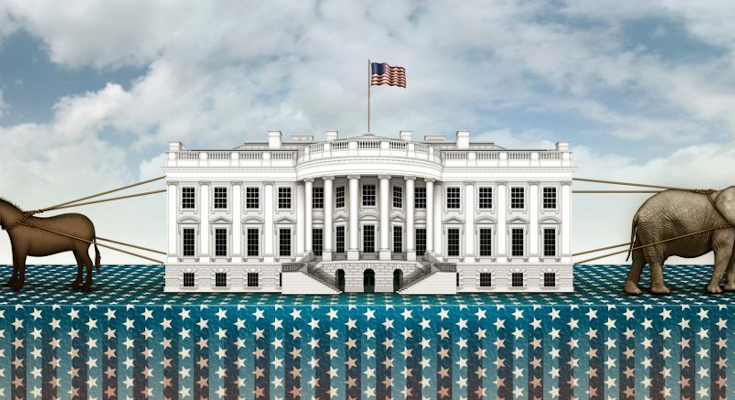 Mitch McConnell became senate majority leader in 2015 when Republicans regained control of the 100-strong chamber. Perhaps the most famous comment of this unflamboyant 78-year-old politician is when he warned Democrat senators seven years ago: “You’ll regret this. And you may regret it a lot sooner than you think.”

McConnell’s comment is remembered because the Republican-controlled senate exploited the filibuster’s removal when Donald Trump became president. Trump has appointed more than 200 conservative federal judges without needing to worry about Democrat opposition. Perhaps even more notable, Republicans in 2017 eradicated the filibuster for all judicial appointments to confirm Trump’s first of now two nominees for the supreme court.

Skip to 2020 and polls show the Democrats in November could capture both houses of congress and the presidency for Joe Biden. Any Democratic senate majority, however, would likely only be a narrow one – the polls say today’s Republican senate majority of 53-47 will be reversed. Thus, the only barrier to the Democratic party instilling its agenda would be the senate’s legislative filibuster (though bills tied to the ‘budget-reconciliation process’ can avoid the hurdle). A view is hardening among leading Democrats that the legislative filibuster must go.

Why would a Democrat-controlled senate under majority leader Chuck Schumer of New York state diminish the raison d’être of the senate? Democrats know Republicans will regain control of congress one day.

The answer is that Democrats are so determined to implement their agenda they are prepared to alter the political system to do so. Eradicating the legislative filibuster might only be the first move. The Democrats talk of making the District of Columbia and the territory of Puerto Rico states so all US citizens have the same voting rights. They talk of expanding the number of judges on the supreme court, which congress sets, to ensure like-minded judges are a majority. Such talk goads Republicans, especially that these two new states would likely produce at least three extra Democrat senators. Part of the reason the Democrats are prepared to take such controversial steps is that the Republicans have made many contentious moves in recent times.

A shift in how the US political system operates explains why these parties have become more uncompromising, even radicalised. From the early 1970s candidates have been selected from contested primaries, when people registered to a party vote to decide candidates, whereas before then party leaders worked alongside a patchy primary system to choose their preferred candidates. Under contested primaries, in safe senate races and safe (often gerrymandered) seats in the house of representatives – and that would be most of them – the biggest threat to an incumbent is someone more extremist within the same party launching a primary challenge. This has seen both parties shed their centrists for more militant candidates. One fact that many people think makes it more likely the Democrats will abolish the filibuster is that the move would help Schumer protect himself from a likely primary challenge for his senate spot from the house of reps phenomenon Alexandria Ocasio-Cortez.

That even talk of a primary threat is mixed up in fundamental change to how congress turns legislation into law highlights the damage contested primaries have done to the US political system. It’s hard to argue against more democracy so contested primaries will deliver more hardliners into congress and maintain donation flows towards candidates rather than the parties. The likely result is an ever-more-dysfunctional and polarised US political system. As inflammatory as the presidential election might be, watch to see if the senate flips to the Democrats. Such a result could usher in changes to the constitutional order that over the long term could destabilise the US political system.

To be sure, one party has to win congress and the presidency for the filibuster to go. While polls in mid-September showed the Democrats were positioned to achieve this feat, public voting intentions could shift. Many other concerns surround this election. Television from the 1960s and social media in recent years have helped elevate candidates over the parties, as did the corruption and cronyism of the era when the parties were under the control of bosses. What’s not to like about more public involvement in politics? Just that the change has delivered less compromise into a political system designed for compromise.

The consequences of a gridlocked congress bereft of centrists are unpredictable when the political polarisation of the US is causing people to lose faith in the country’s liberal democratic system. And if that goes, everybody will be sorry.