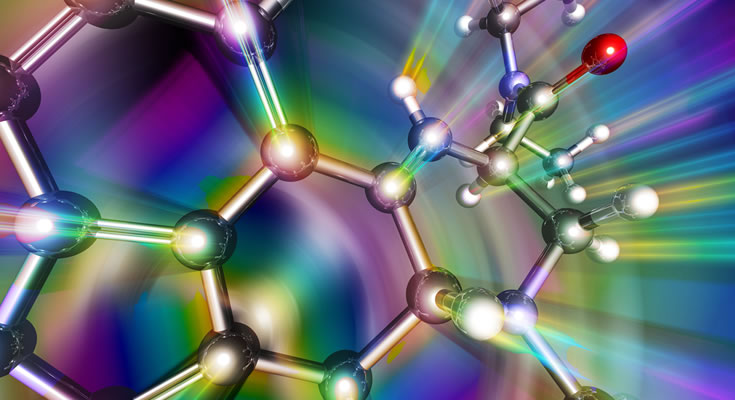 For decades, mind-altering drugs have borne the stigma of association with the 1960s counter culture, ‘magic mushroom’ foraging and – more recently – teen usage at rave parties.

But as with cannabis, psychedelic medicines have long been used clinically to treat mental health disorders such as depression, anxiety and post traumatic stress disorder (PTSD).

As Mind Medicine Australia (MMA) chairman Peter Hunt notes, MDMA (the active ingredient of ecstasy) was used in the 1970s for marriage counseling sessions. “Suddenly they were feeling loving feelings again and could talk to each other,” he says.

A prominent philanthropist and the co-founder of boutique investment bank Caliburn Partnership (now Greenhill Australia), Hunt is cognisant of the mind-blowing potential of psychedelics – so to speak – both from a human and commercial perspective.

(Hunt co-founded the philanthropic MMA with his wife, opera soprano and entrepreneur Tania de Jong who is MMA’s executive director).

While local investors are unfamiliar with psychedelic therapy, this is likely to change given the burgeoning interest in North America, where no fewer than 20 companies are actively involved in the field.

With a $C90 million ($A96m) market capitalisation, the Vancouver-based Champignon Brands is researching the use of psilocybin and ketamine derivatives to treat PTSD and substance-use disorders.

MindMed is researching the use of LSD to treat cluster headaches and anxiety and is also seeking to make the drug less ‘trippy’.

Meanwhile, the private Eleusis is seeking to use LSD for Alzheimer’s disease and chronic inflammatory conditions.

According to Hunt, the psychedelic medicine sector is likely to evolve in a similar way to medical cannabis. “In the early stages [medicinal cannabis] was slow to get off the mark but then it blossomed,” he says. “Psychedelic medicine is seen as the brave new world for treating major categories of mental illnesses, or ‘cannabis mark two’.”

Just as the proponents of medical pot needed to overcome a wall of prejudice, the advocates of psychedelic based therapies need to do the same.

But their quest is aided by the swelling body of clinical work in Canada, the US and Europe, based mainly on MDMA and psilocybin (known colloquially as ‘magic mushrooms’).

The FDA has also given psilocybin breakthrough therapy status for both treatment-resistant depression and major depressive disorder. The agency has also allowed an expanded access program by which the medicines can be used as part of therapy ahead of approval in strictly controlled conditions.

Hunt says Mind Medicine Australia has had positive discussions with the Therapeutic Goods Administration about psychiatrists being able to access these medicines for their patients, as part of therapy under Australia’s Special Access Scheme.

He says the ultimate driving force is that remission rates for patients suffering from depression or PTSD using conventional medicines (such as antidepressants) remain relatively low.

In the case of depression, remission rates from antidepressants are still only about 30 per cent and even then the medicines can cause nasty side-effects.

Patients also often relapse when treatment stops and antidepressants often lead to dependency, with withdrawal being particularly difficult. Antidepressants are “old technology” with the science around them dating back five decades.

“There’s a broad recognition that the current methodologies just aren’t working for many people with mental illness, which creates the need to be more innovative and to think differently about new treatments.”

Hunt says people typically react emotionally to ‘psychedelic’ descriptor. His message? Look at the science and the facts first and then make up your mind.

As with so many substances it’s all about how they are used.

“A classic example is opiates, which are often part of a concoction used in hospitals as a general anaesthetic,” he says. “You would be fine with that, but if I mentioned heroin your reaction would rightly be ‘that’s horrible and dangerous’.

“But heroin is also an opiate. The only difference is how the substances are being used. We have to get away from damning the substance and asking whether it is being used responsibly for medical use, or irresponsibly at the recreational level.”

He stresses the medicines are intended to be used as part of psychotherapy in medically controlled environments and that the patient will never be able to take these medicines home.

In the case of the difficult-to-treat PTSD, studies indicate a success rate of 60-80 per cent, compared with a normal remission rate using conventional medicines and approaches to therapy of around 20 per cent.

The most advanced is a phase III study for PTSD, sponsored by the not-for-profit Multidisciplinary Association for Psychedelic Studies (MAPS).

Carried out at 15 venues in the US and Israel, the circa 100 patient study is due for completion later this year. But an interim review by the FDA’s data monitoring committee showed a 90 per cent probability the study would produce statistically significant results.

“PTSD is so difficult to deal with because it’s caused by a traumatic event or series of events,” Hunt says.

“The very nature of PTSD is that your mind can’t deal with these traumatic events. Every time you think about what happened to you, your defensive walls come up in your mind and undesirable emotions are triggered.”

The MDMA thus enables the patient to talk about the incident – a prerequisite for overcoming the condition –in a safe space.

While clinical work on psilocybin is less advanced, the substance also has FDA breakthrough therapy designation for depression treatment.

Meanwhile, ketamine has long been used legally as a veterinary anaesthetic – and also as an illicit party drug. But last year the FDA approved a modified nasal spray for treatment-resistant depression, administrable only in the clinic.

According to Fortune magazine, ketamine clinics range from doctors offices to lavish wellness centres, with one session costing up to $US1000 ($1450) each.

Psychedelic drugs – and the prohibition thereof – have a fascinating history.

As a result, President Nixon made them a schedule one banned substance, implying no acceptable medical use.

“MDMA received similar treatment in the mid 1980s after flooding the rave scene, despite having been administered by thousands of therapists over the years,” writes Fortune magazine.

But after every winter comes a thaw and investors should be poised for psychedelics to emerge as a legitimate therapy – and compelling investment proposition.