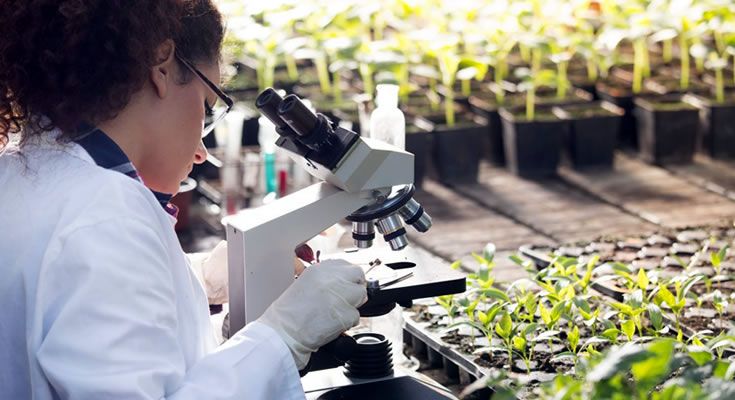 With dozens of medicinal cannabis plays now listed on the ASX and with many pretenders along for the ride, the serious exponents need to offer investors more than opaque promises about exploiting the healing herb.

This is ever more the case given the so-called ‘green gold’ is at risk of becoming a commoditised market – especially in jurisdictions such as the US where recreational pot is widely legalised.

So how do the genuine players stand out above the canopy of chancers?

Little Green Pharma (ASX:LGP) has some genuine pioneering notches on its belt.

The Perth-based outfit was the first to produce a home-grown medicinal cannabis product for patient use (in August 2018) and it was also the first to export when it became legal to do so.

“Even today we are the only local producer among the 130 products available,” says LGP founder and CEO Fleta Solomon.

“There are lots of licences issued and a lot of people growing, but no-one has actually produced the finished medicines.”

LGP is also generating meaningful revenue: a unicorn-type rarity in the sector.

LGP can also claim another quirky milestone: it was the last stock to list in the pre COVID-19 bull market, with its February 20 ASX debut sneaking in ahead of the record peak the next day.

“People have expressed sympathy that we listed when we did,” says Solomon. “But I say it was amazing because if we didn’t list then we may never have listed.

“We were so fortunate we got the window we did.”

Solomon founded LGP in 2016, tapping her entrepreneurial skills honed from building up (and then selling) a workplace health outfit. Along the way LGP acquired precision drug dosing technology from an elderly inventor who was keen to retire.

Under its vertically-integrated model, LGP grows the cannabis hydroponically at its secret licensed facility in WA’s scenic south west.

The plant material is processed at a third party facility, albeit with help from LGP staff using their equipment.

CBD is one of approximately 140 cannabinoids which has renowned therapeutic properties dating back thousands of years. THC is the famed intoxicating cannabis component, but also the requisite component to treat conditions such as pain and anxiety.

LGP’s operations have all the requisite licences and its manufacturing partner is GMP (Good Manufacturing Practice) certified which enables the company to export to countries within the European Union. Only a handful of other providers are able to do so.

This month, the company received a manufacturing permit from the federal Office of Drug Control (ODC) which allows the company to perform extraction at its own processing facility onsite.

The $10 million raised in LGP’s IPO will fund this facility and the company is currently waiting for its expanded ODC cultivation and production permit for its expanded growing facility which will produce enough material for 110,000 bottles a year (compared with 15,000 currently).

The number of patients treated with LGP’s therapies swelled to 3,175 – growth of 1,119 new patients during the quarter.
In the month of March the company sold a record 1,580 of the 50 millilitre bottles, taking the accrued bottles sold to more than 10,450.

The backdrop to the Little Green Pharma story is the gradual acceptance of medicinal cannabis, which is legal in Australia but heavily regulated.

Currently, the Therapeutic Goods Administration has approved only one cannabis therapy (Sativex, for multiple sclerosis spasticity). Otherwise, patients need to access the medicine via the regulator’s Special Access Scheme, or via a network of authorised prescribers.

While it’s up to the doctors to determine the best treatment, “approved indications” include anxiety, cancer-induced nausea and vomiting (CINV), post-traumatic stress disorder (PTSD), epilepsy, insomnia, and wasting.

Solomon says LGP’s current products are similar to those that have been around for thousands of years. “We deliberately made it so, because the extensive real-world evidence that exists about how these oils are used makes it easier for doctors to prescribe.”

She says while the current products are important for building revenue, “down the track the differentiator for us is how the medicines are delivered.”

In an exclusive partnership with Curtin University the company is working on ARISE, “a precision dosing methodology that could potentially make cannabis ingredients more bioavailable for the human body.”

In the meantime, offshore markets beckon for LGP, via distribution agreements with Germany’s CC Pharma and DEMECAN and Astral Health in Britain.

This shipment was sent to Astral Health under a five-year contract which involves supplying product to the fast emerging UK medicinal cannabis market, which adheres to a similar regulatory framework as Australia’s.

Germany is especially appealing because while cannabis cultivation has only recently been legalised there, it’s one of the world’s biggest medicinal cannabis markets and prescriptions are generally rebated by health insurance companies.

Despite LGP’s progress, the stock remains below the 45c a share IPO price but Solomon says the company’s performance should take care of the valuation.

“The market has taken a hit but we don’t focus on that,” she says. “We just know what we are doing and we know we have some really great news coming out.”

The company has no debt, $6 million in cash and increasing sales month on month which provides a strong business case.

Solomon says it’s rare to come across a business that presents both a commercial opportunity and the ability to make a
social impact.

“By that I mean changing the life of patients,” she says. “That’s the reason the team at LGP gets out of bed every day.”