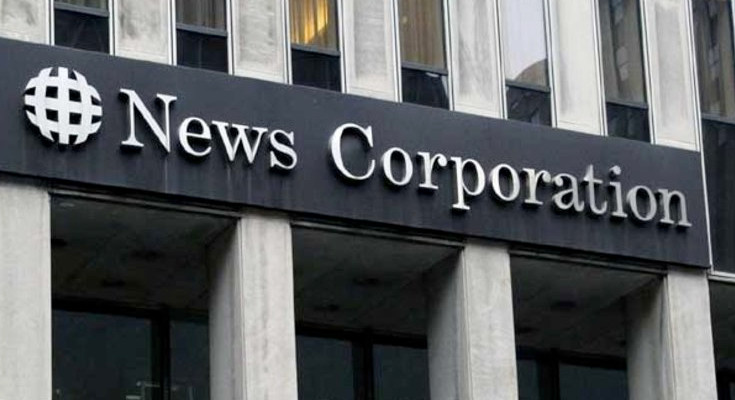 News Corp Australia has joined its peers in the shape of Ten, Seven West Media, Nine Entertainment, Domain, Southern Cross Austero and smaller players in being brought down by the COVID-19 pandemic and the lockdown.

It’s brought in beancounters, Deloitte to tell management how to do their job – restructure the business and cut costs in the face of the dramatic fall in revenue and cash flows caused by the pandemic.

It’s not that much of a surprise, after all News Corp told the world in an SEC filing earlier this month (https://investors.newscorp.com/static-files/778a4906-a7ca-4aa9-b34f-efd1cc47c1aa).

That filing was on April 13 so it has taken CEO, Robert Thomson and Chief Financial Officer, Susan Panuccio (a former finance chief of News Corp Australia) a fortnight to line up the ducks and to get Deloitte selected to do a number on the Australian business.

It’s really the sort of thing that management should have been able to run, after all they have all the numbers, know the businesses and know what needs to be done. But rather than have blood on their hands in chopping papers, executives, staff and trying to keep the business afloat, it has been outsourced to $500 an hour consultants (that’s per person).

News Corp has been left exposed by a board and management who preferred debt over rectitude. It suited the Murdochs to run a high debt company when interest rates were low (they forgot that meant business conditions were weak).

In other words it only had net cash of around $US70 million when COVID-19 hit and the shutdowns appeared globally – and its major markets – Australia, the UK and US. And of those, News had major operations in two of the worst hit areas on earth – New York and London.

It’s not that News hasn’t been cutting costs – close to 500 jobs have gone at Foxtel, through retrenchments or stand downs, dozens more casual employees have been flicked unceremoniously, 20 journalists at Fox Sports News and Sky news have gone, dozens of other staff have gone or been sent on leave when the company suspended publication before Easter of 60 local and regional community papers.

All other costs have been attacked. Calling in consultants to do deeper hacking signals that newspapers will close, job losses will be in the hundreds, printing plans will shut and there will be deeper cuts at Foxtel. It is not certain if the appointment of Deloitte applies to 61% REA, the digital real estate giant that like Nine’s 59% owned Domain, is about to be hit by a downturn in house and apartment sales.

Domain announced staff and cost cuts of its own on Monday.

Foxtel is thew big problem and has been occupying more and more time and money that should have been available to the rest of the business. News had been forced to lend Foxtel, 65% owned, $700 million in 2019 so the pay TV business could remain afloat, pay debt and continue its new growth ideas – the streaming video businesses, Foxtel Now (entertainment) and Kayo (sport). The latter was showing promise, the former was struggling (its previous general streaming video business partnership with Seven West, called Presto, had been killed off back in 2015).

Foxtel’s attempted comeback has been blown up by COVID-19 and the loss of key sports for much of 2020. Now ad revenue at newspapers across the company are down and still falling and newsstand sales, especially in Australia, the UK and New York have been hammered by the lockdowns.

There will be some difficult recommendations and decisions from the Deloitte review. COVID-19 is crippling News Corp and legacy media (Seven Network is supposed to have seen a 20% plus drop in revenue). Along with tourism, travel and cafes and restaurants, legacy media look like being the major casualties of COVID-19.