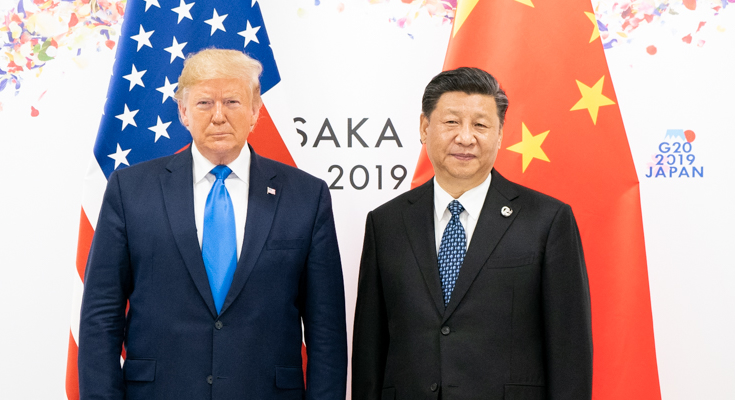 Of Babies and Bathwater

It is interesting to compare yesterday’s sell-off on the ASX with last night’s sell-off on Wall Street, bearing in mind last night was “day two” of trade-related angst in the US.

In the US, the hardest hit sectors last night were cyclicals, and more so China-dependent cyclicals, as one would expect when trade news turns sour once more, and also the banks, as the trade news sparked a big drop in US bond yields. On the other hand, utilities and REITs closed mildly positive, telcos only just negative, and staples and healthcare only modestly negative by comparison.

The problem is that if we take financials, healthcare, staples, telcos, ie Telstra ((TLS)), and industrials, specifically Transurban ((TCL)), we pretty much have the best part of the index ex-resources on a market cap basis. So if a foreigner decides that “risk-off” means Sell Australia, there’s no discrimination considered between cyclicals and defensives.

We might also note that the recent rally to new highs for the ASX200 has been supported mostly by defensives and healthcare, with the banks languishing and resources having ups and downs. So if the first thing to sell is those sectors in which profits can be locked in, healthcare, staples and friends are right in the frame.

The ASX200 dropped hard from the open yesterday to be down almost -140 points at 11.30am when the September quarter current account data were released. Not only did Australia enjoy yet another surplus in the quarter, it was much bigger than forecast, on a combination of better commodity export prices than the prior quarter and lower interest payments to offshore lenders given lower global rates.

At midday the index was “only” down -115 on that heartening news (which presumably might spur on a bit of fiscal intelligence) but it only provided the slow-movers with a second chance.

Next the market awaited the RBA’s decision. Would this stock market plunge spark a rate cut that was not previously expected? Would we see the cavalry come over the hill?

“The lower cash rate has put downward pressure on the exchange rate, which is supporting activity across a range of industries. It has also boosted asset prices, which in time should lead to increased spending, including on residential construction. Lower mortgage rates are also boosting aggregate household disposable income, which, in time, will boost household spending.”

“Given these effects of lower interest rates and the long and variable lags in the transmission of monetary policy, the Board decided to hold the cash rate steady at this meeting while it continues to monitor developments, including in the labour market.”

That would be no then. The RBA held the cash rate steady at 0.75%, and won’t meet again until February. The selling accelerated to the close to down -150.

We’ve seen several of these sharp sell-offs en route to new all-time highs, and typically they last two days before Trump or someone else at the White House spouts some positive spin on trade and all is forgiven. The exceptions are end-July and early October, which saw the index fall back to 6400 and 6500 respectively, from what at the time were clearly overbought levels.

Were we overbought this time? There’d only be about ten different reasons.

As to whether this will be a two-day hiccup (the futures are down -60 this morning) or another -5% plus pullback will depend entirely on what happens between now and December 15.

On Monday night Trump reinstated tariffs on steel and aluminium imports from Brazil and Argentina and the Commerce Secretary suggested the president is ready to impose more tariffs if a trade deal is not signed, which Wall Street took to be a reference to the planned December 15 tranche. Wall Street fell, but not substantially, with a weak PMI reading as much of a driver.

Last night Trump, speaking at the NATO meeting in Europe, said he had “no deadline” for a deal and suggested it might be better to put things off until after the election (next November).

The Commerce Secretary said Trump is “serious” about the election comment.

Trump also last night threatened tariffs of up to 100% on French luxury goods imports –wine, cheese, handbags et al – in retaliation for the country’s “digital tax” on the big US tech companies. Trump admitted he didn’t actually like the FANGs, but they’re American companies and if anyone is to tax them it should be America.

And so Wall Street dropped again, albeit a -450 point fall for the Dow in the morning became only a -290 point fall by the close.

Aside from the “noise” of tariffs on Brazil, Argentina and France, all hinges, as I have noted often enough, on the December 15 tariffs. This tranche was originally planned for September, but when CEOs started getting into Trump’s ear about the ramifications, specifically the CEOs of Apple and toymaker Hasbro, the deadline was shifted to December.

This December is beginning to look a lot like last December. But there are a couple of important differences.

Last December was not about trade, it was all about the Fed. Last December the US ten-year bond yield was over 3%, last night it fell -11 basis points to 1.71%. Back then the Fed was the enemy, this time it’s an ally.

Had the final tranche of tariffs, on consumer goods, gone into effect in September and not extended to December they would have caught retailers on the hop. The ensuing period, and the fact no progress has been made on “phase one” as the deadline approaches, means US retailers have had the opportunity to stack their shelves ahead of Christmas at pre-tariff prices, which they can thus sell in the busiest time of the year (and already have done over Thanksgiving) at pre-tariff prices.

Putting the worry off until next year.

So all is not quite lost just yet, although no one would be surprised if Trump either went ahead with the tariffs or postponed them. What really would be a nail in the coffin is if Trump not only goes ahead with the December tariffs but also makes good on an earlier threat to increase existing tariffs if a deal is not reached.

All we can now do is await further developments.

The only surprise above is that oil prices didn’t tank, as they usually do on negative trade news. It’s because the OPEC-Plus meeting is later this week.

We would also otherwise expect the Aussie to drop on negative trade news, except that the greenback fell slightly, the RBA didn’t cut, and Aussie traders are short. It’s up 0.3% at US$0.6845.

Can today’s Australian GDP result bring about a bounce? Wouldn’t bet the house.

Service sector PMIs are due today across the globe and the US private sector jobs report is due.

Evening Report: Best Daily Gain In 2 Weeks For The ASX200 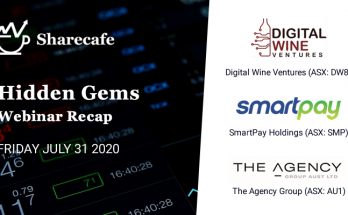 AM Report: US Sharemarkets Rose On Monday