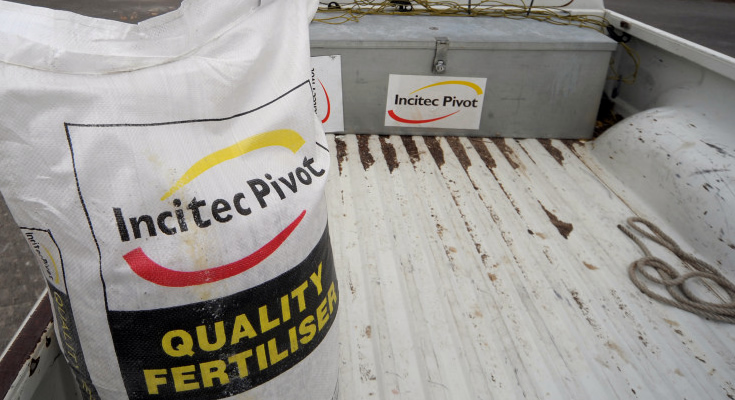 Incitec Pivot ((IPL)) has downgraded guidance, again (UBS counts 6 downgrades over FY19), amid ongoing drought in eastern Australia, extreme wet weather in the US and unplanned downtime at the Waggaman ammonia plant in Louisiana.

There are also higher gas costs flagged at Gibson Island. While the downgrade was not unexpected, the quantum was materially worse than Morgans envisaged although the issues are expected to eventually normalise.

Around half the downgrade relates to the impact of lower diammonium phosphate (DAP)/ammonia prices, partially offset by favourable FX and US gas prices. DAP and ammonia prices have been challenged by lower US crop demand. The remainder of the downgrade is driven by continued lower demand in NSW/Queensland for fertiliser.

As the was no reference to other parts of the business, by inference Macquarie expects production guidance will be met at both Phosphate Hill and Moranbah, while the Dyno Americas and Asia Pacific explosives divisions are in line with expectations.

The ammonia price may have bottomed, Morgans points out, and there are suspicions Chinese producers will cut DAP production, which should tighten the market and potentially lift prices.

A repeat of first half disruptions may be unlikely but Credit Suisse expects the dividend will be cut and discretionary capital expenditure reduced. However, Ord Minnett considers the potential for capital management attractive, although acknowledges volatility in fertiliser pricing and weather conditions remains a headwind.

Citi views the risk/reward turning favourable and upgrades to Buy from Neutral. The broker points out, while drought conditions have depressed near-term earnings, the leverage provided by a return to more normal conditions is significant.

Morgan Stanley believes the majority of the issues are largely confined to FY19 and the market has already looked past these. Management has guided to earnings of $285-295m, representing around a -25% downgrade to consensus expectations.

The company has announced a strategic review of the Australian fertiliser business and will consider divestment or de-merger as well as retention and reinvestment. While this is a logical review, Morgan Stanley is not convinced it will unlock additional value.

Ord Minnett is sceptical about elevated interest in the business, given the weather outlook, and suspects a spinning off of fertilisers might face similar risks to those encountered by Nufarm ((NUF)). Still, the stock is inexpensive and the broker errs towards being positive, noting the investor briefing is scheduled for September 4.

Citi notes, at the previous investor briefing, the company was intent on improving the performance of the fertilisers business, believing it was a natural owner at this point in the cycle. Having secured gas contracts to keep Gibson Island running and addressed the operating issues within Phosphate Hill, the broker suggests there is now increased certainty regarding the viability of the fertilisers business.

The distribution part of the business, with around 50% market share in eastern Australia would appeal most to potential buyers, in Citi’s view. Morgans agrees there may be a number of potentially interested parties, as there has been much speculation over recent years about merging Incitec Pivot’s fertiliser business with the Wesfarmers ((WES)) fertiliser business.

Private equity has also shown interest in the past. Morgans was not surprised by the strategic review and suspects removing the more volatile fertiliser business would result in a re-rating.

Credit Suisse’s valuation of the Australian fertiliser business is heavily dependent on Phosphate Hill and, to a lesser extent, east coast distribution. While the company has not committed to any course the broker suspects the strategic review will mean its fertiliser valuation is unrealised.

There is a large dependency in valuation numbers on assumed mid-cycle DAP prices of US$400/t and an Australian dollar rate of US$0.70. Credit Suisse attaches no value, currently, to manufacturing Gibson Island but accepts this could change over the three-near-term of the new gas supply contract.

The company’s Australian fertiliser business is the largest domestic manufacturer and distributor by volume. Incitec Pivot services diverse markets including the agricultural, automotive, industrial and food & beverage sectors. The seasonal exposure in Australia is reduced through access to global markets such as Southeast Asia and South America.

UBS believes a de-merger or divestment could reduce the company’s exposure to the Australian agricultural cycle as well as the volatility in DAP prices in the US. This could allow the company to focus more on explosives manufacturing and technology through its Dyno Nobel brand.

The strategy for the explosives business appears centred on operating and capital efficiencies in the current manufacturing footprint, the broker notes, and there appears to be little justification in many of the company’s markets for further capital expansion on a large scale.

Credit Suisse expects Incitec Pivot to generate $400m in earnings and $700m in operating earnings from North American and Australian explosives. Nevertheless, the broker hopes the manufacturing position at Moranbah and the Queensland nitrates JV receive some attention.

Process improvement should drive cost reductions and ammonia expansion appears to be a medium-term opportunity. The broker finds little justification for any significant expansion in Western Australia, with the company well-positioned as a buyer of bulk ammonium nitrate in an oversupplied market.

FNArena’s database has four Buy ratings and three Hold. The consensus target is $3.41, suggesting 12.1% upside to the last share price. This compares with $3.58 ahead of the announcement.