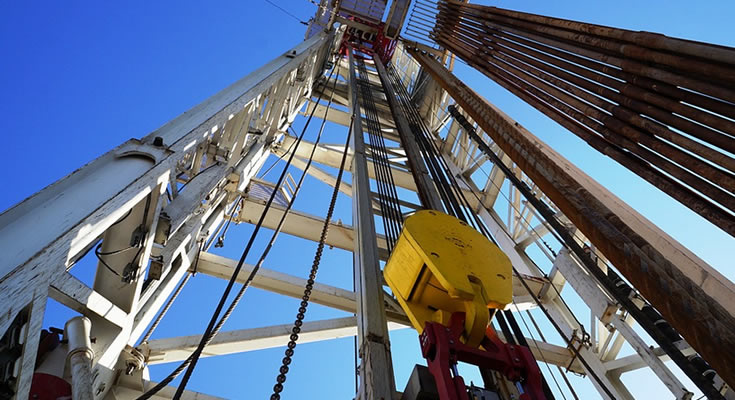 Commodity prices won’t be able to escape the fallout today from Donald Trump’s Twitter tirades on Friday where he escalated the trade war with China and attacks on Federal Reserve chair, Jerome Powell.

While gold benefited with another big rise to six-year highs, oil, copper and other metals sold off (see separate story).

Iron ore prices steadied though after the sharp fall this month and a six month low on Wednesday.

October West Texas Intermediate (WTI) fell $US1.18, or 2.1%, to settle at $US54.17 a barrel, suffering the worst of the selloff after reports said China’s tariff list includes a 5% levy on imports of US oil.

For the week, the WTI contract dropped 1.2%.

In Europe, October Brent crude futures (the main global oil marker) shed 58 cents, or 1%, to $US59.34 a barrel on ICE Futures Europe.

But Brent was still 1.2% higher for the week as Trump’s Twitter tirades emerged after European trading had mostly ended for the week.

A sharp fall in the number rigs drilling for oil in the US last week had no impact on prices.

The data from oil services group, Baker Hughes showed a large fall of 16 in the number of active US rigs to 754. It was the largest weekly drop since late April.

“A 5% tariff on crude oil was not expected in my opinion,” said Stewart Glickman, an energy analyst at CFRA Research. Also, the slowdown in the Chinese economy is “bad news for emerging market oil demand, which is where most of the incremental demand will come from in 2020.”