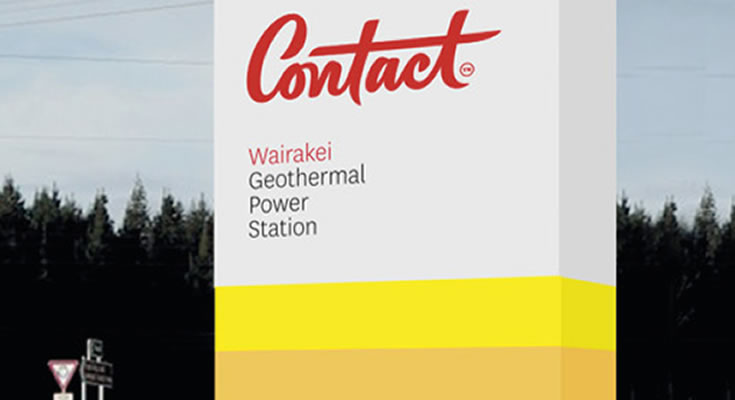 New Zealand utility Contact Energy has promoted its sustainability credentials to an international audience in Europe, saying it remains committed to decarbonization and working to lower the carbon emissions of its own operations and those of its customers, partners, and suppliers.

In 2017 the International Energy Agency (IEA) review of the country said: “New Zealand serves as a model for effective energy markets and secure power system operation.” Despite the Coalition government in Australia emphasizing the need for energy reliability, it has not exampled the New Zealand market, most likely because New Zealand shows that reliability and affordability are highly compatible with renewables.

Contact Energy’s promotion of its sustainability is a good move as Eco Investor believes the company occupies a midpoint between the five New Zealand listed utilities. On the environmental side are Mercury New Zealand and Meridian Energy which generate fully renewable energy, and on the other side are Genesis and TrustPower which still have substantial fossil fuel based power generators.

Contact Energy’s energy mix is a respectable 82 percent from renewables. It has five geothermal energy stations, two hydro plants, and a controlled storage lake. But it also has four thermal power stations and a 15-year contract for gas storage. Its gas with diesel power stations are used to stabilize the New Zealand grid.

Contact says it is the only national retailer of electricity, gas, LPG and broadband. The LPG is sold through a partnership with Rockgas. Gas accounts for 14 per cent of its customers by number and broadband only 1 percent. In addition, it has about 44,000 Rockgas LPG customers.

A growth option is its potential to develop the 250 megawatt Tauhara geothermal plant. This has already been consented. The next steps are the preparation of a range of development options for a final investment decision in 2020.

Contact helps with customer energy audits and has a NZ$1.8 billion green borrowing scheme. It helps to electrify customer fleets and has already converted just over half of its own fleet to electricity. Since 2012 it has reduced its carbon emissions by 51 percent and its carbon intensity by 44 percent. It says it was the first energy company in New Zealand to have its emission reduction targets approved by the Science Based Target Initiative (SBTi).

The company has set greenhouse gas emission reduction targets in line with keeping global warming below 1.5ºC. Its emissions intensity targets are to displace one petajoule of fossil fuel energy with renewable energy by 2022. By 2030 its aims to reduce scope 1 greenhouse gas (GHG) emissions by 37 percent per megawatt hour, reduce absolute scope 1 and 2 GHG emissions by 30 percent, and reduce scope 3 GHG emissions from the use of sold products by 15 percent.

Contact said it sees sustainability as integrating diverse perspectives into its strategy to ensure long term value creation. In its decision-making processes, it looks at how the decision will impact people, the environment, its business, the economy, and its culture.

A point of difference between Contact and its peers is that it is the only listed generator in New Zealand without a majority shareholder, which for the others is the Government. This provides greater liquidity, and the higher daily traded volumes have not held back its share price. On 11 June the shares touched an all-time Australian high of $7.21. (ASX: CEN)