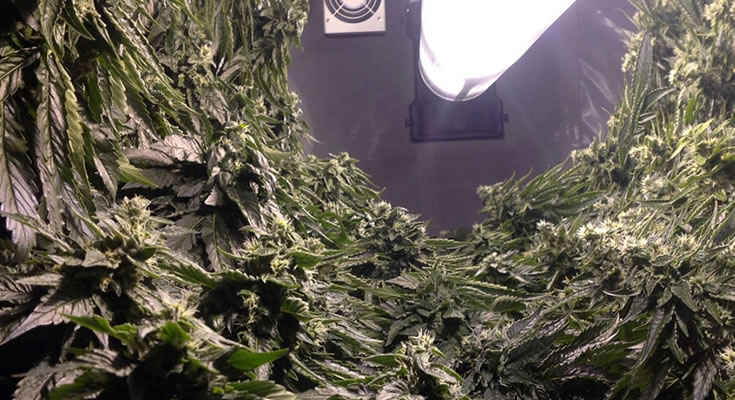 A new way to be efficient in agriculture is RotoGro International’s Rotational Hydroponic Garden Systems that can save on space, water, fertilizer, and pesticides.

The hydroponic RotoGro Garden has two reservoirs. A pump in the bottom reservoir fills the top reservoir to the depth needed. The Quick Drain Trays are revolved through the nutrient and water mixture until all the plants are fed. The pump is then switched off and the remaining mixture drains back to the lower reservoir.

The rotary garden systems are portable, modular and stackable to create a large indoor farm.

While floor space efficiency is useful, especially in an urban setting, there does not appear to be data for the efficiencies in energy and water. The company says its larger model uses four 600 watt lamps while a similar hydroponic flat bed uses ten 1,000 watt lamps. All plants in the units receive the same amount of light and all the lighting energy is used. Water efficiency would also seem high. As the factory can be enclosed, pesticide use can be unnecessary, as is the case with enclosed greenhouse structures. Thus the system can be used for organic farming.

The RotoGro units are suitable for urban farming from small through to large commercial production. This can also have environmental efficiencies in reducing food kilometres and transport emissions.

The company’s mission statement suits environmental and sustainability investors as its says the company wants “to generate socially responsible, sustainable, and profitable revenue from growing lawful cannabis and perishable foods using our proprietary and patented cutting-edge technical solutions whilst minimizing the environmental impacts of traditional farming.”

RotoGro has two models. The larger Model 420 holds up to 420 plants and is for large-scale growing operations. It has a pump, reservoir, timers and cooling fans. It is easily assembled, self-contained, can be stacked three high, and is said to be durable. The four 600 watt lamps run for 12 hours per day for total consumption of 28.8 kWh per day. Energy is also needed for the rotation of the system.

The 420-IT version has optional software to fully automate and monitor the growing operation. The model has inventory and cost controls, budget analysis, product and employee monitoring, and packaging, labeling and tracking.

The smaller Model 312 holds up to 312 plants and has two 1,000 watt lamps as well as a pump and reservoir, timers and cooling fans.

The numbers suggest the system would be most useful for high-value plants with a short growing life. RotoGro’s early sales have been in the medical marijuana sector. The company says its system allows medical marijuana producers to increase their yields and improve control over their strains.

RotoGro’s subsidiary, Global Fertigation Solutions Inc (GFS), provides water treatment and nutrient management in the viticulture, perishable foods and lawful cannabis sectors. GFS has provided design solutions, installations and ongoing services for over 12 licensed cannabis facilities in the US state of Nevada, and is now expanding this offering around the world.

Eco Investor has classified RotoGro as a pre-profit company – but only just. It has first revenue but this is modest – only $458,795 in 2017-18. Another factor is that it has its product developed and on the market. It has orders and the outlook for further sales is strong.

The company has several commercialization deals underway. Most recently, it agreed to acquire Supra THC, which has a Canadian lawful cannabis and Dealer’s License to produce, process, analyse, test, research, sell and distribute cannabis. The Dealer’s License has restrictions and RotoGro will apply for an amendment to permit Standard Cultivation, which would allow for additional cultivation methods. Consideration is C$11 million with 80 per cent of this in shares.

In August the company signed an agreement to acquire Roto-Gro Inc, which owns all the intellectual property including patents, patents pending and software for the technology. The vendors are the Gallant family, who invented the RotoGro rotary hydroponic garden system. RotoGro acquired the exclusive lawful cannabis rights prior to its IPO on the ASX in 2017. The acquisition of Roto-Gro Inc will give RotoGro ownership of the exclusive rights to all orders and growing ownership opportunities in perishable foods, pharmaceuticals, nutraceuticals and all other growing purposes in addition to the lawful cannabis rights.

The acquisition will also enable the company to reduce its manufacturing costs.

If the deal is approved by shareholders, RotoGro will pay 10 million shares, and up to 20 million performance shares that will convert to ordinary shares in two, 10 million share tranches on the achievement of $5 million and $10 million in revenue from orders in the perishable foods sector.

Under the agreement, Freshero is to secure supply agreements with large domestic and international wholesale customers for retail supermarkets and has committed to order a minimum of 100 RotoGro garden systems after due diligence and initial testing. The price for the initial order of 100 units and the related fertigation systems is expected to be between C$1,050,000 and C$1,500,000 depending on the size and configuration of the units.

The formal agreement is to include a commitment for 600 RotoGro garden systems within two years. RotoGro will receive a revenue-based royalty but the value has not been finalized.

The heads of agreement is for an initial 120 day testing period that commenced mid-October. If the deal proceeds, Freshero will pay RotoGro a revenue-based royalty for each facility and will have a worldwide first right of refusal to use RotoGro hydroponic garden systems for fresh produce.

Both comments sound promising, so investors will be keen for RotoGro and the joint venture to deliver.

RotoGro has a $2.3 million order from Miracle Valley Medical Alternatives M.V.M.A. Ltd, a Canadian licensed producer of cannabis. Miracle Valley is building a 29,000 square foot cultivation and manufacturing facility in British Columbia. RotoGro has commenced the manufacture of the RotoGro systems and has C$1 million as a non-refundable deposit.

In the June quarter, RotoGro invested in Canadian organic perishable foods grower, Gibio Inc. At Gibio’s election, RotoGro can subscribe for up to 49 percent of the equity in Gibio. The deal includes a 20-year exclusive manufacturing, technology and service contract for all rotational garden systems required for Gibio’s perishable food production facilities. RotoGro said Gibio’s first flagship indoor vertical farming facility will be 420 8-foot diameter RotoGro systems. The 8-foot prototype was designed to suit Gibio’s need to harvest and supply 3,600 heads of Cos lettuce per day for a major Quebec supermarket chain.

Also in the June quarter, RotoGro agreed to acquire the assets and contracts of Hanson’s Water Treatment Inc associated with Hanson’s fertigation business. Consideration was 5 million shares and 300 performance shares that vest to 5 million shares on EBITDA milestones. RotoGro said the acquisition will provide a holistic solution to the agriculture industry through traditional field farming, greenhouses, flat deck cultivation, and rotational gardens. It will also expand its revenue streams.

RotoGro has a collaboration with Amfil Technologies for the integration of Amfil’s GRO3 Antimicrobial System with the RotoGro system to provide better cultivation solutions for the lawful cannabis and other indoor farming industries. The companies are also working on the design and fit-out for an Amfil facility that will have 216 RotoGro systems. Amfil’s first facility with 100 RotoGro systems is still under construction. It has provided a non-refundable deposit against the 100 units but has not yet commenced delivery of the systems.

RotoGro is active in design services, research, and development. It has two modern grow rooms for perishable foods and lawful cannabis. The company recently completed growing cycles for cherry tomatoes, cabbage, capsicums, lettuce, herbs, and chili peppers. The tests focused on the impact of different light sources on yield, temperature, humidity and nutrient consumption. The company said the results confirm the savings in power cost associated with hydroponic growing.

The company also evaluates nutrient businesses for possible acquisition. As well as helping it to meet its customer operations, it believes there is a valuable revenue stream to be had in offering nutrients to support its iGrow software management system.

Overall, RotoGro looks to have several promising revenue streams and some significant partnerships and potential sales.

Its balance sheet is sound. The company recently completed a $4.56 million capital raising from institutional and sophisticated investors. The capital is for strategic acquisitions of lawful cannabis licenses, nutrients, and perishable foods through equity ownership or partnership, for expanding its research and development facility in Ontario, and for supporting its sales and management teams.

The next couple of years will give a clearer picture of how the commercialization of the technology and the early growth in revenue are progressing. (ASX: RGI) 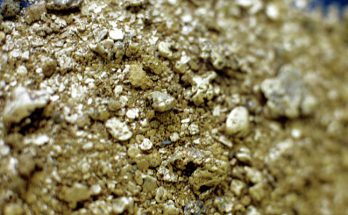