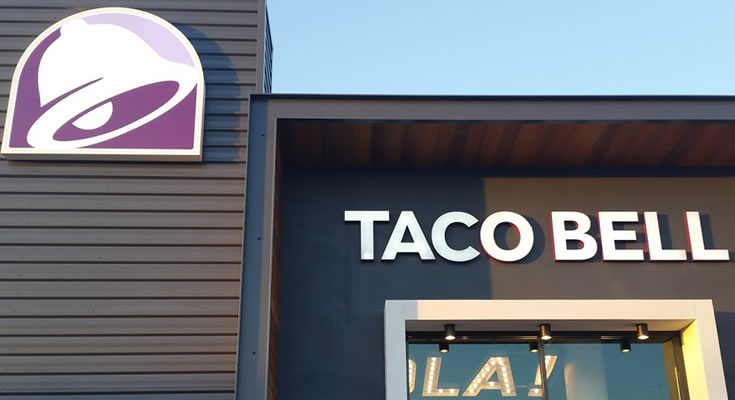 Will it be third time lucky for US fast food chain, Taco Bell in Australia?

Taco Bell, which is part of the Yum Brands group of fast food groups has twice previously failed to crack the Australian market, launching attempts in 1981 and again in 1997. All the stores closed by 2005.

Brisbane-based Collins Foods announced yesterday it would open at least 50 stores after the success of its first store in the Brisbane suburb of Annerley, which opened last year.

All 50 new restaurants are expected to open by December 2021, with the first three to open by the end of this year. Taco Bell has more than 7,000 outlets worldwide, mostly in the US.

Queensland’s North Lakes, Cleveland and the Gold Coast suburb of Robina will be the first areas to get the new restaurants. The location of the other 46 or so remain uncertain.

Investors liked the news, even though Taco Bell doesn’t have the runs on the board and Australia’s existing Mexican food chains are reportedly doing moderately so to poorly.

Collins Foods managing director Graham Maxwell said in a statement to the ASX, “We have seen tremendous enthusiasm for the Taco Bell brand in Australia, and this is reflected in the continued strong performance of our Annerley restaurant.

“We believe in the significant growth potential of Taco Bell, and are pleased to have strong confidence of Yum! Brands to grow Taco Bell’s presence across Queensland and into other markets.”

Collins Foods said the rollout would be funded from existing cash flows. The agreement gives it the right of first offer to establish new Taco Bell restaurants in the other states.

Taco Bell Asia Pacific managing director Ankush Tuli said there had been an “overwhelming response to the launch of Taco Bell in Brisbane, and we know that the Australian market is hungry for more”.

Yum Brands owns KFC and Pizza Hut and Collins Foods is a major franchise holder for KFC in this country and NZ.

As well as Australia, Collins Foods owns KFC stores in Germany (17) and the Netherlands (18).

A number of Sizzler outlets have been closed in recent years because of falling sales and losses.