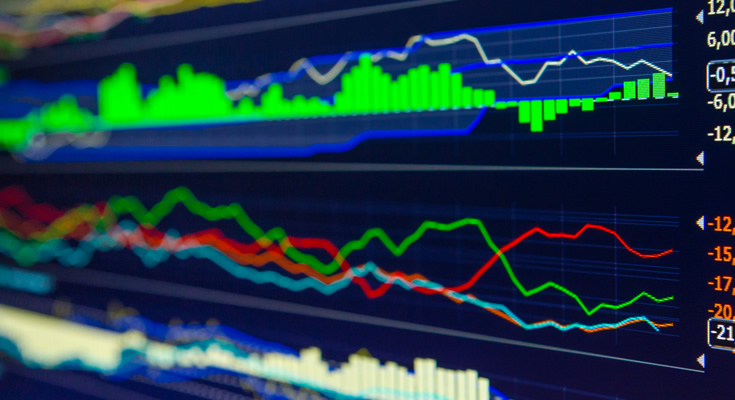 Fintech Novatti is targeting migrants and foreign students in its quest to become Australia’s next bank. Meanwhile, Raiz (the former Acorns) is shrugging off a poor market reaction to its recent listing as it tries to reform the savings habits of Millennials.

Four Pillars, beware: the low-key payments services house is applying for a banking licence under a new restricted ‘P plate’ category aimed at supporting the growth of the fintech sector.

If Novatti gets the green light it will join the unlisted Volt, which made history in May by being awarded the first such restricted licence. A handful of other fintechs have also applied.

The company hopes to lodge its paperwork with the regulator, the Australian Prudential Regulation Authority, in the current quarter.

Inevitably, the so-called neo banks (most of which are not banks) target Millennials, the swelling tech savvy but slightly irritating cohort that is comfortable with app banking and think a cheque book is something out of a Prague library.

Novatti is tackling a different niche market: new migrants and overseas students, especially from Asia. Given Novatti’s core business covers remittances and pre-paid card services to that market, the strategy plays to an existing audience.

According to CEO Peter Cook, this business goes elsewhere after the customers have graduated from pre-paid cards to transaction accounts and loans. “Most are actually well educated and in $80,000-a-year jobs and are very aspirational,” he says. “This is a really good client base if you can get it right.”

Even though Australia’s migrant intake has been curtailed, we still accept around 220,000 migrants a year, with an additional 800,000 foreign students (200,000 from China).

An APRA restricted licence limits cumulative deposits to $2m and total assets cannot exceed $100m. But as with those P platers, the idea is that holders graduate to a full licence (requiring at least $50m in regulatory capital).

Despite the slimmed-down requirements, a restricted licence still involves a sizeable financial commitment (and existing infrastructure) beyond the limit of most fintechs.

Cook estimates the cost for Novatti around $7m, including $3m for tier-one capital. That’s no small beer for an entity that turned over $9.1m in the June quarter and held $4.5m of cash.

“Still, we’re a good candidate for a bank because we have an AFSL (Australian Financial Services Licence) and a remittance network,” he says.

“We have our own compliance team and do a lot of financial processing.”

Cook admits that if he had announced the plan two years ago he would have been “marched off to a special hospital for checking”.

With a current market valuation of $40m, Novatti listed in January 2016 after raising $7m at 20c apiece. “We had a very rugged first year,” Cook said. “A major tech project went a bit feral and it was a big distraction that burnt through a lot of money.”

Since then, Novatti has jettisoned some troublesome tech business and acquired more suitable ones in payments and remittances.

Novatti stock found favour in mid June this year after the company announced Chinapayment.com, a platform that allows the payment of Australian bills via Alipay with China-based e-wallets. WeChat Pay and China UnionPay are also expected to join the platform.

The company’s current product suite includes utility billing platforms, a cash voucher service (Flexepin) and a reloadable Visa card (Vasco Pay). “The beauty of payments is that $1 of revenue 98c flows through to the bottom line,” Cook says.

While Novatti pursues a banking licence, the diversity of the fintechs’ business models show there are plenty of other ways of being a ‘bank’ without the seeking the costly and time-consuming regulatory seal of approval.

Take Raiz, the former Acorns Grow that works on the savings, rather than lending, side of the equation.

Raiz launched in February 2016 in a joint venture with Acorns of the US, based on an app that enables users (typically Millennials) to save money by rounding up the cost of a small purchase. The savings are invested in ETFs and unlike a bank deposit the savers are exposed to market fluctuations.

The JV was dissolved this year after it become clear the parties had other priorities: Acorns of the US was keener on becoming a bank than a fund manager and was lukewarm about expanding into south east Asia.

Raiz acquired the local rights to the platform, changed its name and then listed in June this year, having raised $15m at $1.80 apiece in an oversubscribed offer.

The company has since launched a superannuation product and is preparing to enter the Indonesian and Malaysian markets with its savings app. “In Indonesia we’re targeting a consumer class of 50 million people,” Lucas says. “In ten years time that should be closer to 120 million.”

Currently Raiz has $222m under management across 165,000 active subscribers locally. CEO George Lucas says is a decent base, given Morgan Stanley estimates that an average fintech customer costs $500 to acquire. To date, Raiz has spent a miserly average of $15 per customer.

Currently the average Raiz customer has a balance of $1243 (as of June 30) with the average investment gaining 11 percent since inception.

They won’t be plonking down a deposit on a house in a hurry, but are doing better than Raiz shareholders who have done around half their dough since listing.

Raiz’s June quarter results showed a 123 percent boost in normalised revenue to $729,000, with net cash outflows of $4m. The subsequent fully year numbers showed a $7.1m loss on revenue of $2.76m, but care is required because the revenue only accounts for five months as the demerged entity.

Despite the red ink Lucas is puzzled why the shares have swooned, but acknowledges market concerns about an equity raising. “It’s not even on my mind,” he protests.

“We have sufficient capital to execute what we want to do.”

Despite the torrid market reaction, Lucas is also convinced that listing was the right thing to do. A holder of six million Raiz shares already, he’s raring to buy more now that the results have been released.

Disclaimer: Raiz has commissioned Independent Investment Research (IIR) for research. At the date of this article the research study has not been commenced by IIR. The author was not aware of this until after his interview with the CEO of Raiz. Under no circumstances there have there been any inducements or like made by the companies mentioned to the author. The views here are independent and have no nexus to IIR’s core research offering. The views here are not recommendations and should not be considered as general advice in terms of stock recommendations in the ordinary sense.