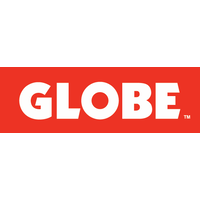 Three Australian brothers: Stephen, Peter and Matt Hill, emerged out of Melbourne’s underground skateboard scene of the late 1970s with a passion for skateboarding that they channelled into the founding of a skateboard equipment importing business, Hardcore Enterprises. Their young company promoted skateboarding throughout Australia; initially with local demonstrations and then through a series of national super skateboard tours during the 1980s. Hardcore created both new markets and helped grow the Australian boardsports industry.

From their involvement with licensing and distribution during the streetwear fashion explosion of the 1990s and the rise of surf-influenced apparel, the Hills soon developed their own diversified proprietary labels including the skate footwear brand, Globe shoes. With domestic success and the subsequent expansion of Globe into North America and Europe, the company publicly listed on the Australian Securities Exchange in 2001 as Globe International.