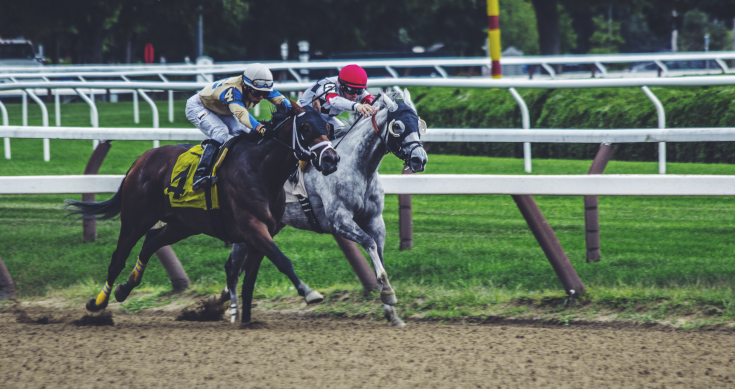 Another big sell-off on Monday in the shares of betting technology group BetMakers as investors gave the thumbs down to its audacious $4 billion cash-and-scrip bid for Tabcorp’s wagering division.

Over 70 million Betmakers have been sold in the past two days as investors have abandoned the company.

That comes after a 16% fall on Friday in the wake of the revealing of the Tabcorp play. That brings the decline over the two sessions to almost 30%.

BetMakers had been one of the hottest small-cap stocks on the ASX before Friday’s announcement – tripling in value over the past 12 months to give it a market capitalisation of just over $1 billion – as investors backed its expansion plan into the US.

But Friday’s much rumoured bid for Tabcorp’s TAB wagering business – which is Australia’s largest bookmaker – has signalled a dramatic shift in strategy for the group.

BetMakers is not a gaming company in its own right, and instead sells back-end technology to wagering operators.

Buying the TAB would put it in charge of a large, mature business that has been losing ground to online competitors like SportsBet and BetEasy, both are which are now owned by offshore companies but were started by Matthew Tripp, who made a $25 million placement in Betmakers earlier this year at 73 cents a share.

Three quarters of the Betmakers offer of $4 billion is made up of BetMakers shares, priced at a 15% premium but which do not have any underlying value.

That is now a 48% premium after two days of its shares falling.

Matthew Tripp further confused matters on Monday with his name associated by News Corp in media reports about the Murdoch company’s move into the Australian wagering sector.

Investors now see Tripp with a potential conflict of interest between his involvement in the Tabcorp bid from Betmakers and in helping News Corp launch its rival wagering business.