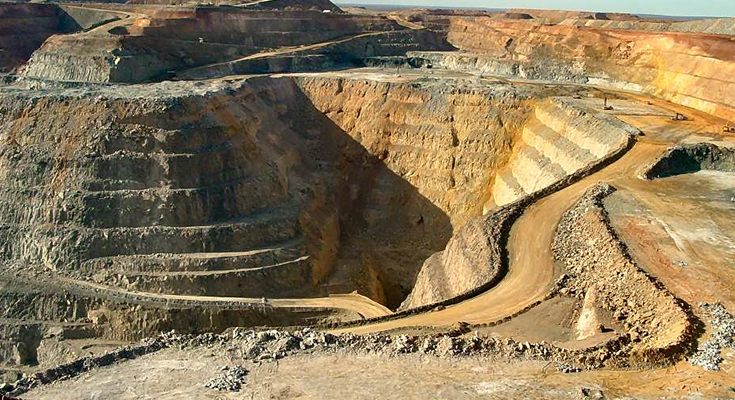 Investors have become more interested in Saracen Mineral Holdings ((SAR)) since it bought a 50% stake in what is described as the Kalgoorlie Super Pit. Saracen offers gold exposure and strong production growth and the acquisition has lifted its profile.

The company acquired the stake in the Super Pit for $1.1bn last November and at the time, UBS notes, there was much debate about whether Saracen could effect change at the asset, as it was the junior and non-operating partner.

However, concerns have now eased as the Supe Pit is being jointly operated, with Northern Star Resources ((NST)) obtaining the other 50% of the business. A strategic review and optimisation plan covering operations, exploration and growth are being undertaken.

Baillieu believes the new management structure, with Saracen overseeing the open pit and Northern Star the underground, will unlock value because of a more collegiate arrangement. Unlike the prior owners, both companies want to pursue growth and this joint venture can provide a meaningful contribution to the bottom line. Macquarie agrees the acquisition has cemented Saracen medium-term production outlook.

The Super Pit is a long life (15 years) asset with exploration potential, particularly underground, and UBS suggests production and economic outcomes should improve over the next three years. The broker initiates with a Buy rating and $4.40 target and boils down its preference for Saracen to a more attractive valuation compared with the modestly superior growth potential at Northern Star.

Areas including Fimiston South and Fimiston Deeps have been flagged as opportunities which could enhance the outlook in the longer term. A Super Pit resource and reserve update is expected mid 2020.

The company now expects 500,000 ounces of gold will be produced in FY20 and 600,000 ounces in FY21 from its projects. As the Carosue Dam operation is expanded and the Super Pit accesses higher grades after the rehabilitation of the pit wall, this will increase to 800,000 ounces per annum by FY24.

Ord Minnett points out Saracen has more than 15m ounces in its inventory and a growing production profile, all in its own “backyard”. Group production was 120,100 ounces at an all in sustainable cost (AISC) of $1089/oz in the December quarter.

While it remains possible to reduce costs to around $1000/oz, UBS does not factor this in because of ongoing cost inflation in the mining industry. Still, the broker expects the joint venture will add value through more aggressive exploration at the Super Pit and enable a greater contribution to mine life.

Carosue Dam produced 52,900 ounces at an AISC of $1321/oz in the December quarter. UBS assesses the mill expansion at Carosue Dam will drive production growth to 240,000 ounces per annum and there is potential to add life beyond the current reserves.

Meanwhile, Thunderbox produced 46,600 ounces at AISC of $754/oz. Canaccord Genuity believes a combination of positive mill reconciliation and preferential treatment of high-grade underpinned Thunderbox. A stockpile is building and this will be important as C-zone open pit mining is completed in the June quarter.

Baillieu considers the transition to the Thunderbox underground, augmented by some open pit ore, is on the cards in 2021. Moreover, given the track record of beating guidance some positive revisions are considered likely in the September quarter.

Saracen has become Citi’s preferred gold exposure on the ASX and there are four Buy ratings on the FNArena database. The consensus target is $4.23, suggesting 7.0% upside to the last share price.

Canaccord Genuity, not one of the seven brokers monitored daily on the database, has a Buy rating and $4.30 target. Baillieu, also not one of the seven, has a Hold rating and $4.03 target, noting the stock is almost at a 50% premium to valuation that reflects the rally in the gold price and a conservative valuation for the Kalgoorlie joint venture.