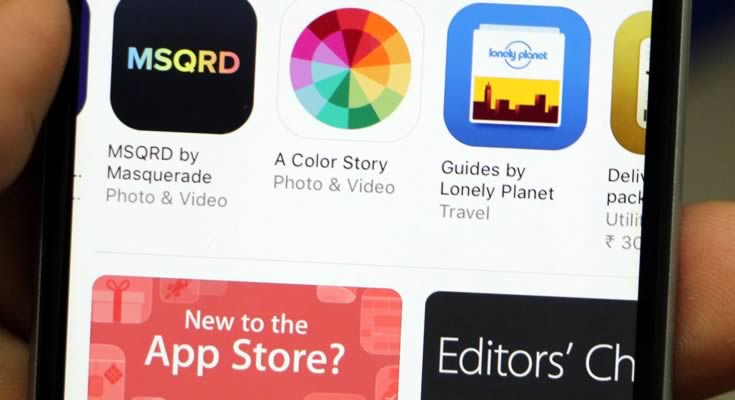 Here’s what stood out in technology/innovation/ finance last week.

Food companies like McCormick, Conagra Brands, and PepsiCo are using AI to speed up the process of finding new flavours and products.

Knowledge@Wharton interviewed journalist and author Rebecca Fannin about what’s behind what’s pushing China’s tech sector ahead. The interview covers topics such as US venture investment in China, social commerce, dominance in 5G, and adoption of electric vehicles. Fannin recently wrote a book on the Tech Titans of China.

WSJ has a 5-minute video looking at how some schools in China are experimenting with technology. The video features 5th graders wearing brainwave-tracking gadgets that apparently help track concentration and distraction through the day.

Mark Zuckerberg believes brain-reading wearables are coming. Eventually he wants to make it so you can control something in virtual or augmented reality by thinking about it.

Music is streamed, movies are streamed, and game streaming is coming soon with Google Stadia’s launch in November. One of the key challenges of making game streaming a good experience is handling the latency between pressing a button on your controller and having the remote server respond, so it was surprising this week that Google Stadia VP of Engineering said that he believes Google Stadia will be faster and more responsive than local gaming systems in a year or two. This seems impossible, but VentureBeat explores how “negative latency” might work.

Deepfakes are becoming more commonplace. While people worry that this may lead to more fake videos, Karen Hao argues that the biggest threat isn’t the deepfakes themselves, but it’s that people stop believing that real things are real.

Should private companies be the arbiters of truth in politics? Facebook is refusing to reject a Trump campaign ad that contains false information based on their policy of not fact-checking politicians’ speech. That position was attacked by Elizabeth Warren who launched an ad on Facebook that opened with deliberate misinformation to illustrate.

A six-year-old diagnosed with a devastating neurological disorder is the first person to receive a drug that has been individually tailored for her. The treatment shows that hyper-personalised medicine can work but that they still cost millions to develop.

“There are tens of thousands of Milas all around the world, and Tim [Yu] has showed a pathway that people can follow to develop therapeutics for these patients,” says Art Krieg, chief scientific officer at Checkmate Pharmaceuticals, based in Cambridge, Massachusetts. “We as a society have to decide how much is it worth to develop a therapeutic for a fatal disease. We have the technology in hand. It’s just a matter of paying for it.”

Ghana is looking to use medical supply drones to deliver the world’s first malaria vaccine to remote locations. The vaccine requires four doses over roughly 18 months, making it the most complex vaccine to be ever launched in the developing world.

WeWork is said to be weighing two financial rescue plans – one would effectively hand control of the business to SoftBank, the other would raise billions of dollars of debt with the help of JPMorgan Chase.

The New Yorker wrote a long piece on Amazon: Is Amazon Unstoppable? The piece focuses on the regulation and the company’s response rather than the broader business (no mention of AWS, for example).

Kahan told me that, with the rise of Amazon, the give-and-take that has long undergirded the retail economy has become lopsided in a titan’s favor. “Capitalism is supposed to be a system of checks and balances,” he said. “It’s a marketplace where everyone haggles until we’re all basically satisfied, and it works because you can always threaten to walk away if you don’t get a fair deal. But when there’s only one marketplace, and it’s impossible to walk away, everything is out of balance. Amazon owns the marketplace. They can do whatever they want. That’s not capitalism. That’s piracy.”

The Atlantic also wrote a long piece on Amazon that focuses on the company’s scale (Jeff Bezos’s Master Plan). Amazon currently has around 6% of US retail sales.

Facebook’s libra cryptocurrency looks to be falling apart as eBay, Visa, Mastercard and Stripe leave, while the Libra Association which governs the cryptocurrency loses its head of product.

CNBC produced a 13 minute video which provides an overview of Square’s business.

Ginkgo Bioworks raised a $350 million fund to invest in biotech spinouts that use its bio-engineering technology.

A genome-edited bull has passed on its hornless trait to its calves, providing a pain-free genetic alternative to removing horns.

YouTube has passed Netflix as the preferred platform for watching video among teens for the first time, according to a survey by Piper Jaffray.

Harvard Business Review talks about why companies do “innovation theatre” rather than actual innovation, and how processes built into organisations reduce risk to the organisation but also reduce the ability to be agile.

A key challenge for renewables is developing the long-lasting grid energy storage systems to complement them. MIT Technology Review looks at some of the key startups tackling this problem.

The NHL is debuting a puck and player tracking system that will provide greater data about player speed and execution. The system uses infrared and radio frequency sensors embedded in the pucks and skaters’ clothing, while processing devices in the rafters record the coordinates of each sensor hundreds of time per second.

Hungry Jack’s launched the meat-free Rebel Whopper last week. Reviews have been favourable with LifeHacker calling it a very passable Whopper imitation and SMH describing it as a tasty burger.