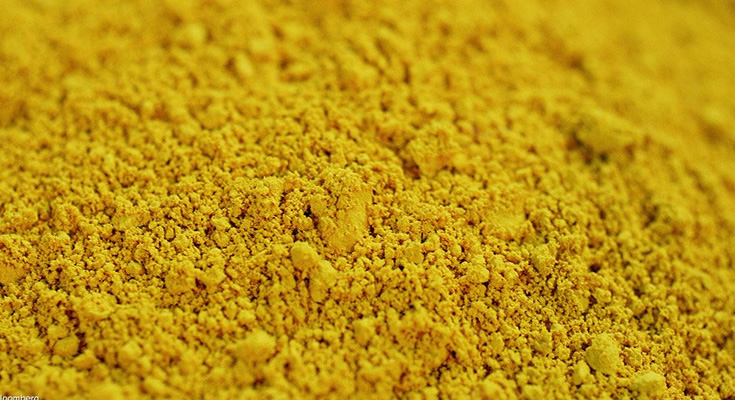 Two Friday’s ago, the uranium market learned that President Trump had made a decision with regard section 232 and the mandated purchase of US domestic uranium supply, but did not yet know what that decision was. The market knew, nonetheless, that a decision either way would at least remove the uncertainty that had been hanging over the nuclear power industry for over a year.

That uncertainty had kept utilities out of the market, and led to the spot uranium price languishing once more following its revival into 2018. Assuming a return of utility interest, traders jumped in and pushed the spot price up US$1.00 to US$25.50/lb.

When it was revealed, over the following weekend, that Trump had rejected the Department of Commerce’s recommendation, and that no mandated purchases or tariffs on foreign uranium imports would be forthcoming, traders initially pushed up the spot price another US50c to US$26.00/lb early last week.

But by week’s end, that price had fallen back -US75c. Industry consultant TradeTech’s weekly spot price indicator closed the week at US$25.25/lb, down -US25c for the week.

The problem is one uncertainty has been replaced with another.

Republican senator for Wyoming, John Barrasso, was indignant over the president’s 232 decision, saying “America should not rely on Vladimir Putin and his satellites to supply our uranium. It’s dangerous and unacceptable”.

Is America relying on Russia, Kazakhstan and Uzbekistan for uranium supply, or is that supply simply cheaper than US supply? For when uranium prices began falling to historical lows from a brief post-Fukushima recovery to US$40/lb in 2014, uranium production in the US and Canada fell in response, while state-owned producers, including the former Soviets and China, kept plugging on. Result? Cheaper supply from outside North America.

Kazakhstan is the world’s biggest uranium producer. Russia is sixth and Uzbekistan seventh. Despite reduced production due to lower prices, US ally Canada remains in second place, and US ally Australia comes in third. Despite its major nuclear power expansion program, supply-wise China comes in only at eighth, ahead of the US at ninth, where supply has also been curtailed.

In other words, if uranium supply were to become a matter of national security, could not US and Canadian producers simply ramp up again, along with Australia, to make up for lost imports?

Meanwhile, the Ohio Senate passed a bill last week that endorses financial subsidies for two nuclear power plants in the state that will otherwise retire early given the operator has filed for bankruptcy. The Ohio House has yet to pass the bill, but the Senate’s decision highlights that even using cheap foreign imports of uranium, the US nuclear power industry is no longer commercially viable without government assistance.

And that may need to include federal government assistance.

There have been various declarations by several parties over the past few years that in order to ensure secure energy supply, a robust US nuclear power industry must be retained alongside gas-fired and renewable power sources.

It is thus of little surprise President Trump has immediately followed his 232 decision with the announcement a Nuclear Fuel Working Group will be formed to study the entire nuclear fuel cycle, from mining to electricity.

The Group will be chaired by head security advisor John Bolton and head economic advisor Larry Kudlow, and feature representatives from various government departments and agencies.

The Group has 90 days to produce its report. Here we go again.