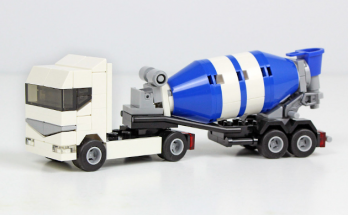 Adelaide based cement maker, Adbri doubled its full-year profit to $93.7 million but slashed dividends as it plans a heavy spending year ahead.

Adbri’s first-half revenues, impacted by bushfires and lower residential demand were -7% versus last year. Operating income was ahead of Morgan Stanley’s estimate by 11%. A dividend of 4.75c was declared.

The company has withdrawn guidance for 2020, given the uncertainty regarding the pandemic impact. Net profit had been expected to be -10% below the prior year.

Despite the prevalence of bad news stories and a sea of red across stock screens, Perpetual’s Anthony Aboud argues it’s not all bad news.

Cement and concrete group, Adelaide Brighton has confirmed its mid-year downgrade to revenue and earnings and sliced dividend for 2019, and warned of a 10% slide in earnings this financial year (which ends on December 31). 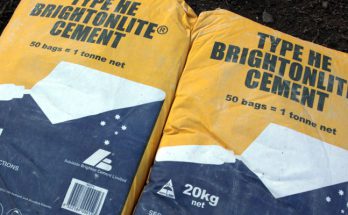 The ACCC has cleared the completed creeping acquisition of a 43% stake in Adelaide Brighton (ABC) by Barro Group and its related entities.

First-half results were in line with expectations, given recent guidance. The results were affected by lower volumes and margin pressure as a result of the contraction in residential activity.

Like Caltex’s big earnings fall reported on Tuesday, the half-year earnings report yesterday from Adelaide and Brighton (AdBri) and its loss had been well telegraphed by earlier trading and earnings downgrades.

Macquarie had already set its forecasts below Adelaide Brighton’s prior guidance range on concerns over Queensland demand, but new guidance is lower still, given weak demand in SA and Victoria as well, leading the broker to cut forecasts a further -22%.

Shares in cement manufacturer Adelaide Brighton took another hammering yesterday after it again cut its earnings forecast for 2019 and scrapped its interim dividend.

While many listed companies have rolled out charts showing a mountain of work available, the infrastructure boom may not be the gift to Australian contractors the market is assuming.

Adelaide Brighton has downgraded FY profit guidance by -10-15% due to weak demand in residential construction, insufficiently offset by a lower exposure to infrastructure, falling cement/concrete prices in Qld which the broker sees going lower, and competition in South Australia.

Just as we saw with CSR earlier this week and other suppliers to the building sector (such as Brickworks’ core brick-making operations) and Fletcher Building products which is looking to revamp its Australian operations in the face of weakening demand, cement maker, Adelaide Brighton is now feeling similar financial pain.

Morgan Stanley believes the 2018 performance was in-line, but the outlook is suggesting much tougher times lay ahead. The latter is seen at odds with the stock’s premium valuation, suggesting weakness needs to follow to pull ABC stock back in line with its peers.

The company has downgraded 2018 net profit guidance by -7%, to $188-195m. UBS calculates the downgrade implies a -11% reduction to December half earnings.

Shares in cement maker Adelaide Brighton Ltd slid more than 9% on Friday to a 29-month low after it became yet another industrial company to downgrade earnings for 2018 or 2019.

At its investor briefing, Adelaide Brighton ((ABC)) singled out the stability of its lime business and highlighted strong market dynamics and a shift to infrastructure work.

Morgan Stanley observes management is constructive regarding demand from both Australian residential and infrastructure activity. Lime volumes are expected to be stable in FY18.

The company has hosted an investor briefing, reiterating its FY18 outlook. Macquarie observes the market dynamics are favourable and the lime business, at 11% of revenue, remains a stable contributor.

2017 results were generally in line with expectations. Macquarie suggests strong infrastructure activity is tightening up the market and the company’s earnings visibility is better now than its has been in the recent past.

Adelaide Brighton shareholders were remarkably relaxed about the news yesterday of a bad debts problem that could end up as $14 million earnings downgrade for 2017.

The company’s outlook from its AGM is softer than expected for the first half. The balance of positives and negatives in the outlook largely offset each other, Macquarie observes, but the underlying result is expected to be lower than the prior corresponding half.

No worries about the slowing housing sector for the country’s biggest cement maker, Adelaide Brighton.

Shareholders in Adelaide Brighton (ABC) will receive a small lift in interim dividend, and a much bigger surprise, a special four cents a share payout after reporting a modest 7.8% rise in net profit after tax for the six months to June 30.

There was a full basket of goodies for shareholders in yesterday’s full year figures for 2015 from building materials group Adelaide Brighton (ABC).

The home building boom seems to have helped cement maker Adelaide Brighton (ABC) to new record profits and revenue figures for the 2014 financial year, which wrapped up on December 31.

South Australian based cement and concrete maker Adelaide Brighton (ABC) has maintained its interim dividend at 7.5c a share fully franked for the six months to June after reporting a very mixed set of figures.

Over in Adelaide yesterday there was a reminder than not all building supply companies are benefitting from the rebound in housing.

A single contract supply agreement in the cement industry will be terminated at the end of this year. The announcement has sparked speculation over a complex chain reaction among cement suppliers which is difficult to quantify. For the moment, Adelaide Brighton’s (ABC) major cement customer in South Australia and Western Australia, Cement Australia, is not expected to extend the current SA supply agreement beyond the end of 2014. Instead, Cement Australia intends to expand facilities in Osbourne, South Australia, and bring in its own volumes.

Credit Suisse has downgraded forecasts for FY14 and FY15 by 2.2% and 3.1% respectively. The greatest risk for Adelaide Brighton, in the broker’s view, is unrealistic expectations given the emerging headwinds in the cement and lime end markets. This is based on reductions in lime demand from the gold and aluminium sectors and the potential for prices to erode.

But for cement group Adelaide Brighton (ABC) weakness in the construction sector meant bad news for shareholders at yesterday’s AGM.

Quarry, concrete product and cement producer Adelaide Brighton (ABC) used a tour of its Austen quarry, NSW, to let brokers know that the going has been a bit rough. The company is constrained by the wobbly local recovery in housing construction, particularly softness in Victoria, as well as the reduction in mining project expenditure. The Austen quarry is viewed as a key asset that could deliver improved results for the company.

UBS rates the stock as Buy –

The market had been expecting interim earnings from Adelaide Brighton (ABC) of around $62 million and this was the result delivered by management. Accompanying the result was guidance for full year earnings of $144-$152 million, which implies a stronger second half of 2011.

With housing and construction on the east coast weak (but the mining industry growing quickly, with more to come), cement and lime manufacturer Adelaide Brighton isn’t looking to a breakout year.

The company has again lifted earnings guidance and BAML analysts have responded by reiterating why they think this stock deserves a premium. It also increases their confidence in future estimates. FY10 EPS forecast has risen by some 3%.

Management has reiterated full year earnings guidance and so the broker retains its forecasts, though it suggests risk is to the upside from the potential for higher than expected prices.

WA/SA strength, coupled with an under geared balance sheet and with housing representing a third of revenue through the cycle, Deutsche has lifted its recommendation to Buy.

Cement volume recovery is a couple of quarters away from being in full swing, but Citi feels it’s time to get set and has lifted ABC to a Buy.