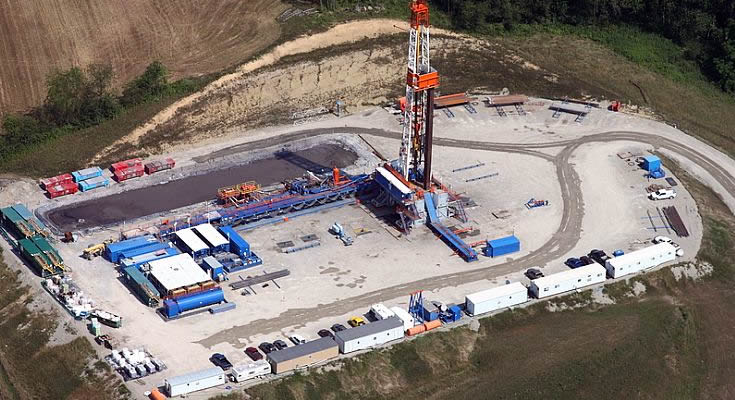 A glance through the latest expert views and predictions about commodities. Energy; mining outlook; leading indicators; titanium dioxide; and zinc.

Crude markets are tightening, Shaw and Partners suggests, resulting from three years of under-investment globally, with the exception of North America. Such trends are hard to reverse without expenditure on exploration and production.

Meanwhile, US supply has plateaued. Capital and activity is being concentrated into a single region, the Permian belt of West Texas, which is high grading on a macro scale, and subsequently there is a loss of production from other regions.

Although financial results from those active in this region are poor, the broker suggests higher oil prices will still incentivise even more drilling, and drive up the value of acreage that was once considered uneconomic.

Supply from the rest of the world, on the other hand, is not growing, with a recovery limited to specific regions such as offshore Brazil and West Africa, where lead times are in the order of several years. Shaw revises up its oil price forecasts to US$80/bbl for 2019 and US$85/bbl for 2020.

Shaw has a Buy rating for Woodside Petroleum ((WPL)) and has upgraded Oil Search ((OSH)) to Buy. The broker has comprehensively reassessed the value of Woodside’s LNG assets, noting LNG markets are once again buoyant.

JPMorgan has updated estimates for oil prices, forecasting Brent at US$80/bbl in 2019 and US$75/bbl in 2020. The broker is now significantly above the market on its forecasts for sector earnings. While expecting consensus will catch up and reflect the increase in oil prices, the sector is considered fully valued.

JPMorgan prefers Origin Energy ((ORG)) on valuation and WorleyParsons ((WOR)) for exposure to longer-term improvement in the capital expenditure cycle. The broker moves to an Underweight rating on Woodside and Senex Energy ((SXY)), as both stocks are now well above estimated value.

JPMorgan has neutralised a previously bullish outlook for metals as trade tensions increase, although suggests most prices have bottomed near cost support levels. The main changes include a -15% reduction to the 2019 copper price forecasts while oil forecasts are increased 40% and thermal coal 11%. Whitehaven Coal ((WHC)) continues to stand out because of its cash flow, growth and valuation.

The broker’s FX team expects further Australian dollar weakness and predicts a rate of US$0.68 by the second half of 2019. A full-blown US/China trade war is now expected in 2019 while the impact on China’s GDP is likely to be offset by increased stimulus.

Risks to the above-trend global GDP growth outlook have heightened and this creates downside risk for commodities, in the broker’s view. While the Australian resources sector is benefiting from a currency tailwind the broker remains constructive on miners, although prefers the bulks which are more exposed to the Chinese infrastructure stimulus.

Base metals are now considered fairly priced and for those looking to play the rebound, JPMorgan prefers Independence Group ((IGO)) over OZ Minerals ((OZL)) and Sandfire Resources ((SFR)), given greater valuation upside and stronger cash margins.

UBS observes the latest indicators of demand signal a softening of global growth that perhaps reflects escalating trade wars. This comes ahead of Chinese infrastructure stimulus which will occur at the end of 2018.

China’s manufacturing purchasing managers index (PMI) slipped -1% in September versus August with the impact of tariffs being felt as new export orders fell -2.8% to the lowest level since early 2016. Domestic demand held up as new orders declined by just -0.4%.

UBS also notes the manufacturing PMIs for Germany, US and France dropped -3.9%, -2.4% and -1.9% respectively over the same period. However the indices for most key economies continue to expand, particularly in the US, despite the pace of growth slowing.

While there have been a number of production disruptions in the titanium dioxide feedstock industry this year, chloride grade feedstock prices are on an uptrend as the market tightens, although this could be balanced out by idled capacity being restarted next year.

In this environment, Citi envisages higher feedstock costs as a potential catalyst for incremental price initiatives by producers in 2019. The broker suggests the 2018 titanium dioxide world summit was more neutral compare with an optimistic outlook the conference last year.

This sentiment is based on softer demand in China and competitive exports pressuring global prices. The focus was on a shift to value-stabilisation contracts in order to avoid boom-bust cycles.

Titanium dioxide prices are expected to be flat or slightly lower in the short term. The analysts note China exports 50,000t of titanium dioxide to the US that is now subject to a 10% tariff, increasing to 25% from January 1, 2019. This tonnage is likely to be re-routed to other destinations as domestic demand in China remains soft.

Chinese zinc spreads are very bullish, Citi asserts, at their most backwardated level in a decade. This is historically a strong signal to buy and the reason, the broker suggests, is likely to be a combination of output reductions at Chinese smelters and consumer re-stocking. Citi raises the three-month price target to US$2800/t and December quarter forecast to US$2650/t.

Nevertheless, the broker suspects the rally will not last throughout 2019. Chinese zinc consumers will finish building their stocks and eventually zinc smelters will ramp up production. Furthermore, deficits in zinc will unwind during 2019 as concentrate supply outside of China rises sharply.