Any investor looking for long term context should read the Credit Suisse Global Investment Returns Yearbook 2018 by Elroy Dimson, Paul Marsh and Mike Staunton of the London Business School. They have analysed investment returns, volatility, and inflation from 23 countries since 1900.

The countries comprise of the United States and Canada, ten countries from what is now the euro currency area (Austria, Belgium, Finland, France, Germany, Ireland, Italy, the Netherlands, Portugal and Spain), six non-euro zone markets in Europe (Denmark, Norway, Russia, Sweden, Switzerland and the UK), four Asia Pacific markets (Australia, China, Japan and New Zealand) and South Africa. Together, these countries make up 91 per cent of the investible universe for a global investor (based on free-float market capitalisations). 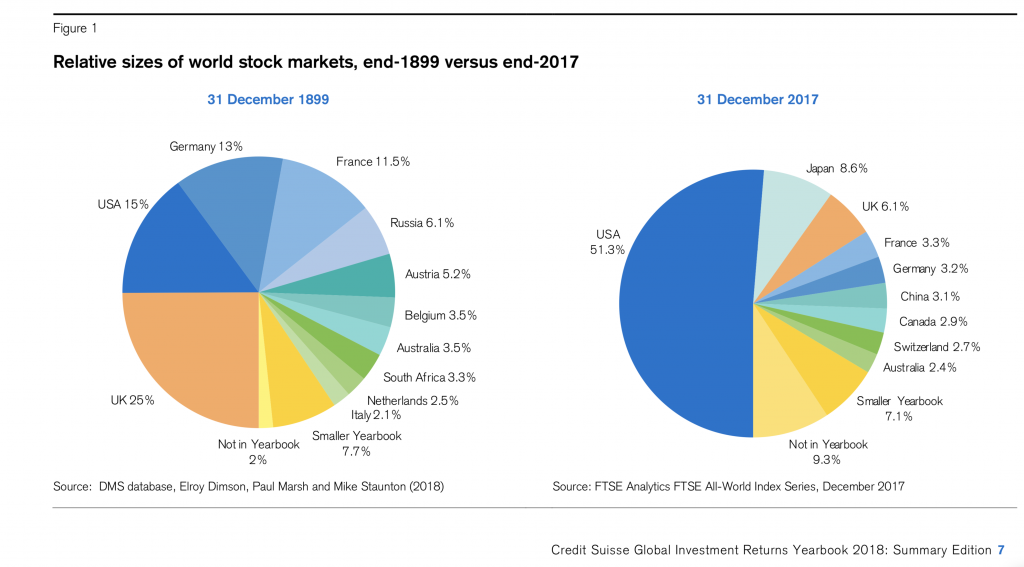 Inflation is the great deceiver, and Professor Jeremy Siegel from Wharton argues the average real return from equities has been surprisingly stable at around 6.5 per cent per year, and this has become known as Siegel’s Constant. 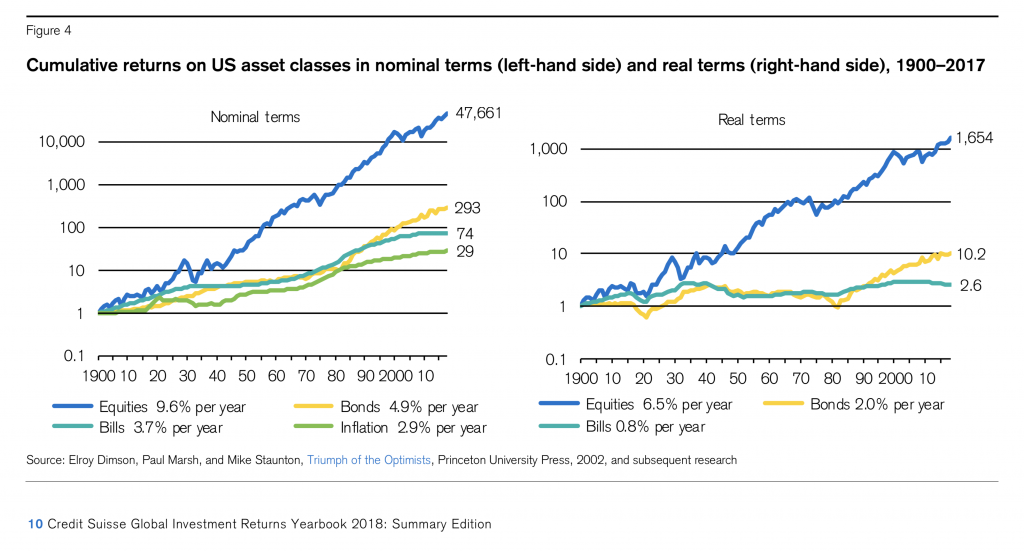 Before simply buying equities for the very long term, we probably should consider the following: 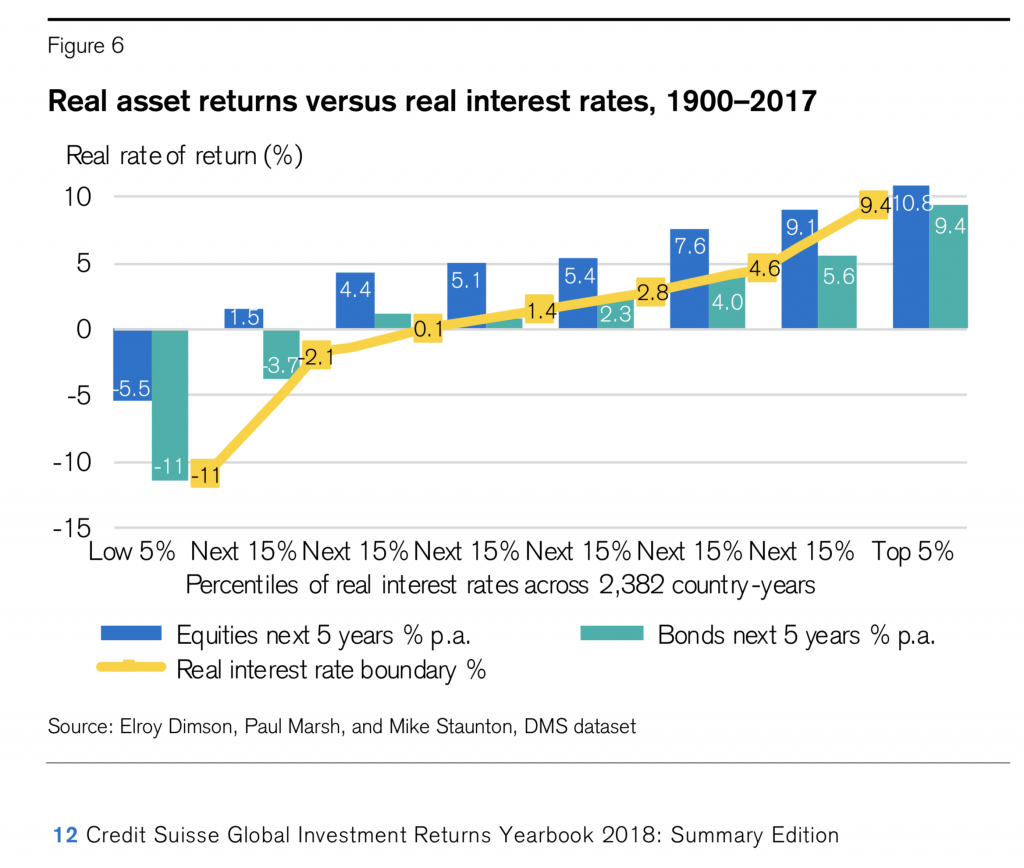