If you’re about to travel to the US, you’ll be gladdened by the trajectory of the Australian dollar (AUD). After falling to around US75c in December, it’s now buying around US80c. For Australian companies, however, the picture is far more complex. So I thought I’d have a look at some of the likely winners and losers from changes in the AUD.

The movement in value of currencies impacts share prices in a few different ways:

What is happening to the value of the AUD?

If we compare to the USD, we can see that the AUD has recently strengthened significantly by about 6 per cent from the low in early December. The current level is about 3.8 per cent above the average exchange rate in 2017, meaning that import oriented companies with the majority of their cost base in USD are seeing a free boost to their profits. 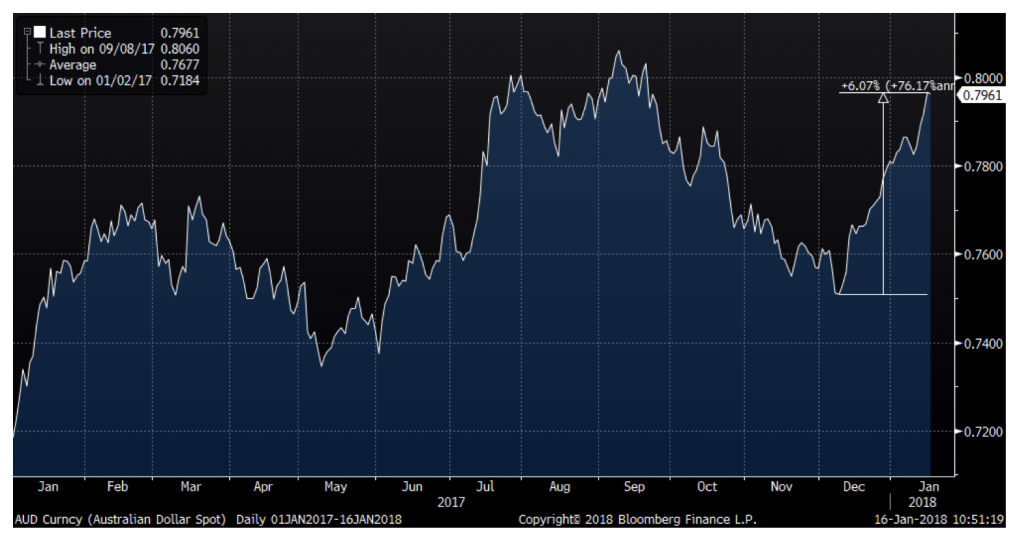 It is worth remembering that although USD is the world’s dominant currency, it is not the only currency that matters. If we instead compare to the Euro (EUR), the situation is reversed, with the AUD currently trading at a 4.5 per cent discount to the average level during 2017. 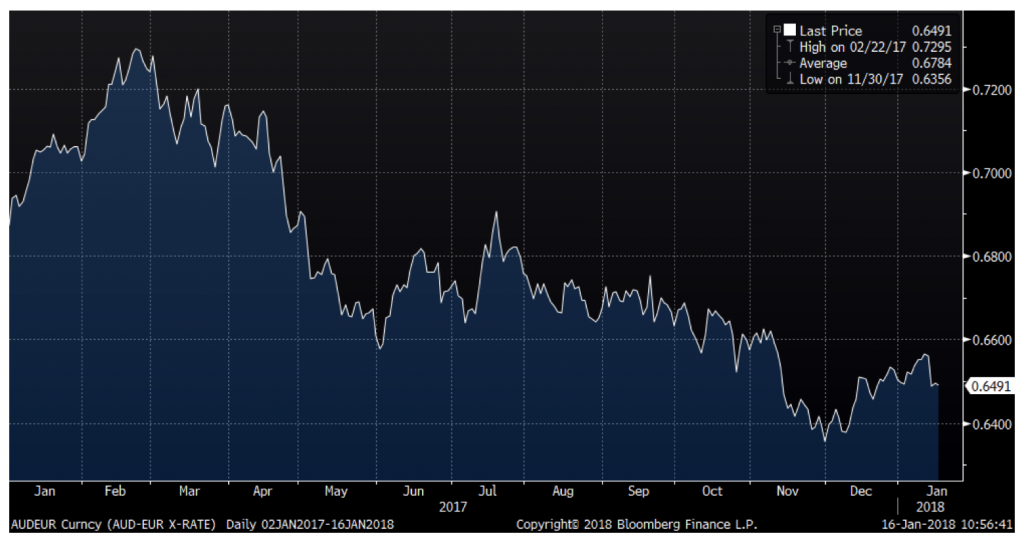 From this, we can draw the conclusion that it is really the USD that has been weak and not the AUD that has been strong, which is confirmed if we look at the DXY index which plots the USD vs all the other major currencies and which shows that the USD is trading at a 5.8 per cent discount to the average value during 2017. 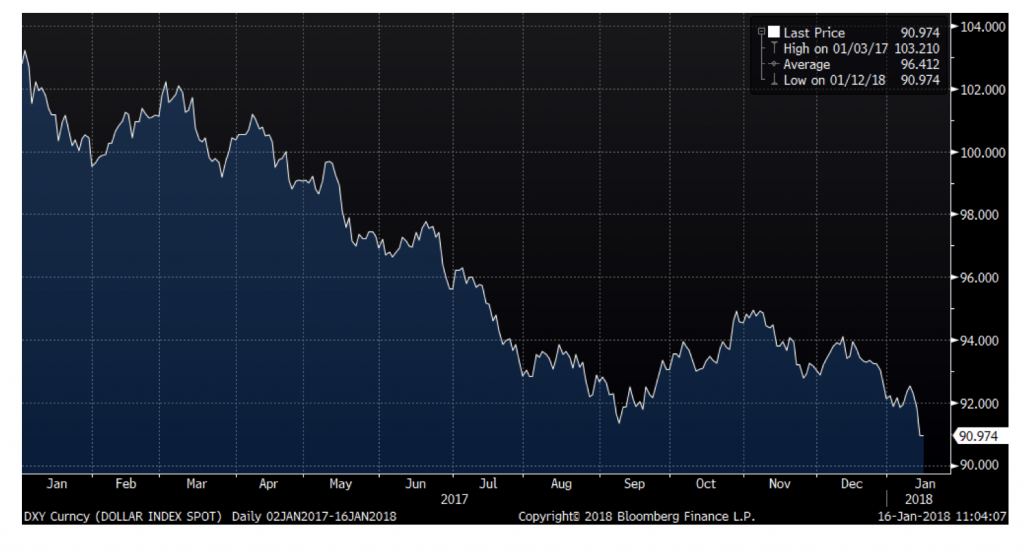 And if we look at the USD vs the Chinese Yuan, which is of particular interest to Australia (as China is by far the biggest purchaser of commodities from Australia and said commodities are priced in USD), we can see that the USD is trading at 4.5 per cent below the average level of 2017.

So what conclusions can we draw from this? Currencies can of course change quite rapidly so drawing very strong conclusions is hard, but some key ones I would highlight are:

What do we think about the future of the different currencies? I would not proclaim to be an expert in currency forecast, but my inclination would be:

The Montgomery Funds own shares in Ramsay Healthcare, BT Investment Management and Resmed.

Andreas is a Senior Analyst at Montgomery Investment Management. Andreas joined from Navigo Partners, a M&A advisory firm in Stockholm, Sweden where he was a Director responsible for origination and execution of Scandinavian projects. Before this, he worked for three years in corporate strategy at Alinta Energy in Sydney.